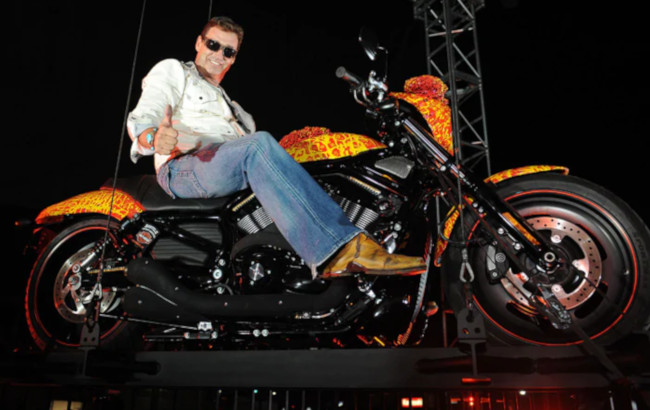 The “Cosmic Starship” Harley Davidson Motorcycle is officially 10 years old today! This amazing motorcycle is currently priced at $110 million and available exclusively thru The Life of Luxury & You Arrived.

Both The Life Of Luxury online magazine & You Arrived say, “It is an honor to have the most valuable & iconic motorcycle in history available for sale, exclusively. Mr. Armstrong is expected to become the most expensive artist in history because he created his own unique brand of painting called (Cosmic ‘X’). It is a form of Cosmic Extensionalism. The artform uses energy from the stars & the universe, which actually coexist with the artist to create the art.” 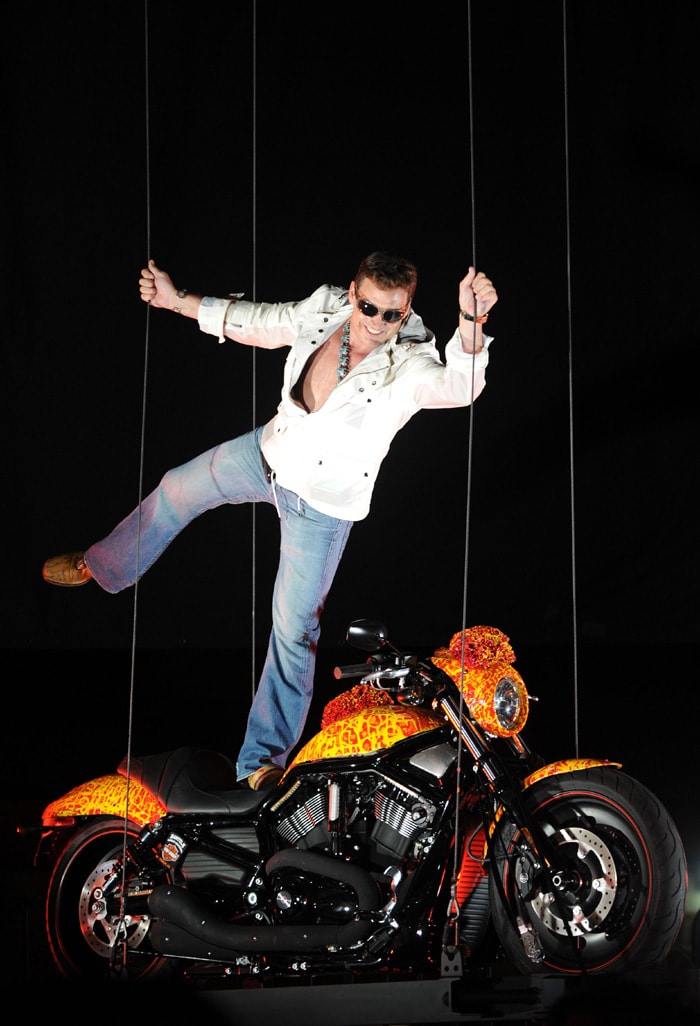 Bill Bartels said; “Harley Davidson has been in business since 1903, & yet just ten years ago the most famous motorcycle ever made (The Cosmic Harley) had it’s very own Red Carpet Gala Event right here at Bartels, that has rivaled almost all the movie premieres in CA, which is a most extraordinary feat.”

What makes the Cosmic Starship Harley Davidson motorcycle so unique, is the seamless blend of art and transportation. Hence, the new owner will have a unique opportunity to own a “one-off masterpiece.” Consider in 2018, New World Record – 1963 Ferrari 250 GTO Sells In Auction for $70 Million. This incredible 1963 Ferrari 250 GTO sold privately. It is just one of literally thousands of classic Ferrari’s currently for sale in the world.

The Harley Davidson V-Rod ceased production in 2017. It was developed by Porsche Engineering & Erick Buell Racing. Due to the rarity of the Cosmic Harley-V-Rod, this one-off, iconic motorcycle will break all future records!

Mr. Armstrong told me, “Every 100 years, a master creator arrives & teaches the entire art world, that the accepted concepts of what is possible to achieve in modern art is in-correct.”

We firmly believe his quote actually describes him.  With only 100 Cosmic “X” Paintings in existence, Jack will eventually dominate all of the top spots in modern art history.  As a result, his amazing collection will become the rarest, most sought after art in the world.

“The ones who walk in light,
find endless love is a pathway,
to endless dimensions & portals
of Immortality.”
✴ by Jack Armstrong

Lastly, if you would like to be one of the lucky few to actually own the Cosmic Starship Harley or a painting by world famous artist Jack Armstrong, please contact us today. Asking Price: $110 million.

Own the awe-inspiring Cosmic Starship Harley Davidson motorcycle by artist Jack Armstrong and you own the world. The world record that is! Please return again soon to follow the latest high-end art news.