The Allure of Provence, France 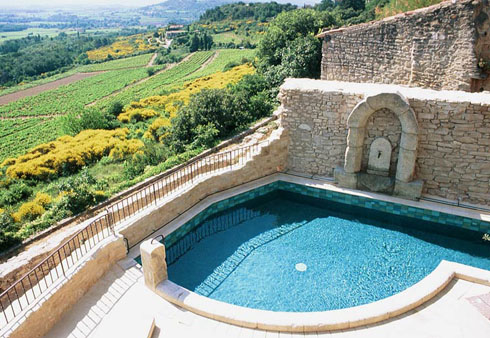 Bordered by the majestic Rhone River on the west, Provence France is coincidentally a Province in France. The Rhone River forms a natural frontier with its neighbor Languedoc.

Provence France is a region of mountains, fertile plains and rivers that display all the magnetic beauty and contrast of Mediterranean mountain country.

The Rhone River borders the Provence France on the west which is a fast flowing river. The true artery of the Province of Provence France is the Durance River which was one a seasonally destructive torrent that has since been tamed by the use of dams.

The Durance River sluggishly curls around a broad valley like a snake. People who are interested in sight seeing on their trip, will definitely want to see these two rivers during their trip to Provence France.

The landscape of Provence is filled with many distinct contrasts and characters. You will find lush valleys throughout Provence. These lush valleys are commonly associated with areas with less fertile vegetation. The Alluvial plains are lined along the edges of the major rivers. The Camargue offers an interested landscape that is great for sight seeing as there is often a blurred distinction between the land and the sea. The wildlife of Camargue is similar to that of an African environment.

You’ll find carved caves between the limestone rocks in certain parts of Provence where the water meets the land. There are some really large and easily accessible caves located in Provence. These caves happen to be the some of the most popular tourist spots in all of Europe. In some located rivers have cut deeply into the limestone forming gorges. The Verdon Gorge is one of the most popular sight seeing gorges in the Province of Provence France.

You will find a very complicated range of mountains in the Provence France. These mountains lay west of the Verdon Gorge. This is the area where the Alpine and Pyrennean folds meet. You will also find Mont Ventoux in this region which is the highest peak in all of Provence. If you travel further south you will find the buckled mountain ridges of Montagne Ste Victoire. These mountains were one of Paul Cezannes favorite perspectives.

Provence France follows in suit with the rhythms of the common Mediterranean climate in which seasons tend to change in abrupt succession. You will find that the rapid autumn rains of autumn quickly end the extensive heat of summer. Winters really tend to be mild in Provence France. The region gets the most rainfall in the spring which is around the same time that the plant life explodes into growth.

The Province of Provence France happens to be located in the northern section of the Sahara Desert which means that the summers in this region tend to be brutally hot. The Provence would be nothing but Saharan without the Mediterranean which is a strongly salted inland sea that is almost tide less. There are times within the Algeria when there will be six months without rain. The Provence can go three months without rain at times.