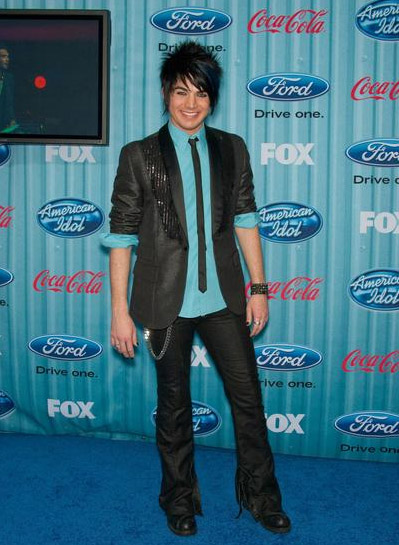 Adam Lambert is a 27-year-old musical theater veteran and to most, is the clear front runner of this season’s “American Idol” show. Lambert seems to be in a league all his own, with a wide range of musical talent and incredible stage presence.

Whether it’s an emotional ballad or an upbeat rockin’ song, Adam covers them all with ease, dedication and complete confidence.

Adam Lambert caught the music bug at an early age. His father was a DJ and introduced him to various types of music. At the San Francisco “American Idol” audition, Adam sang Queen’s “Bohemian Rhapsody.” He also spent time in a production of the hit play “Wicked”.

One of my favorite performances by Adam was his rendition of “Mad World”, originally done by the hit band “Tears for Fears.” It earned a much deserved standing ovation from the crazed crowd, as well as hard-nosed Idol judge Simon Cowell.

Here are Adam Lambert’s American Idol performances (courtesy: iTunes):
No Boundaries
A Change Is Gonna Come
One
Cryin’
Whole Lotta Love
Slow Ride (duet with Allison)
Feeling Good
If I Can’t Have You
Born to be Wild
Mad World
Play That Funky Music
The Tracks of My Tears
Ring of Fire
Black and White
I Cant Get No Satisfaction

Adam has a MySpace page. Here is the link –
http://www.myspace.com/adamlambertmusic

From Lambert’s look and maneurisms, there have been rumors about whether Adam is gay. He has never publicly acknowledged whether or not he is gay. When asked by “Access Hollywood,” Lambert replied “I have nothing to hide. I am who I am. And this is about singing … nothing else.” 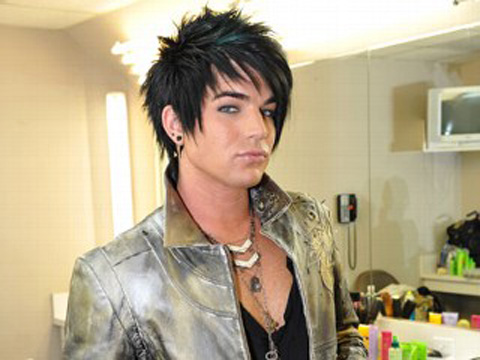 We will all find out in several weeks to see if the front-runner ends up winning the American Idol crown. Whether he does or not, Adam Lambert will definitely have a very successful musical career. He could be as successful or even bigger than Carrie Underwood.