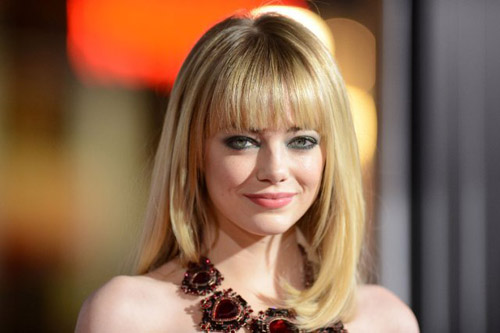 Emma Stone, born Emily Jean Stone on November 6, 1988, was a member of the Valley Youth Theater, making her first stage debut as a child actor in “The Wind in the Willows”.

At the age of 15, she decided to make acting her career, but first she had to convince her parents. As the story goes, she made a PowerPoint presentation entitled “Project Hollywood” set to a Madonna song in an attempt to persuade her parents to allow her to drop out of school and move to Los Angeles. Her parents agreed, and in January 2004, she and her mother moved to a Los Angeles apartment where she was home schooled so that she could spend her days auditioning. 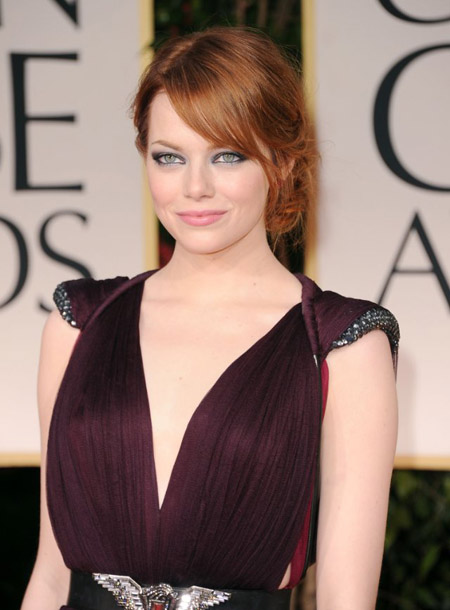 She landed a number of small TV roles with her big TV breakthrough being when she won a part on the talent/reality show “In Search of the Partridge Family.”

Her movie debut in “Superbad” in 2007, followed by a number of successful performances, landed her a leading role in “Easy A” in 2010 establishing her as a star.

After registering for the Screen Actors Guild, Stone chose the name “Emma” a nickname her mother had given her, because there was already a listing for an “Emily Stone”. She first chose Riley Stone as her professional name, but decided she was more comfortable with Emma after doing a guest appearance on “Malcolm in the Middle.” Her family and friends call her Emily.

Other Hollywood movies Emma Stone has played in are “The Help”, “Crazy, Stupid, Love”, “The House Bunny”, “Ghosts of Girlfriends Past”,”Paper Man” and “Marmaduke”.

Stone stars in the film “Gangster Squad” which is due for release on January 11, 2013 in North America. 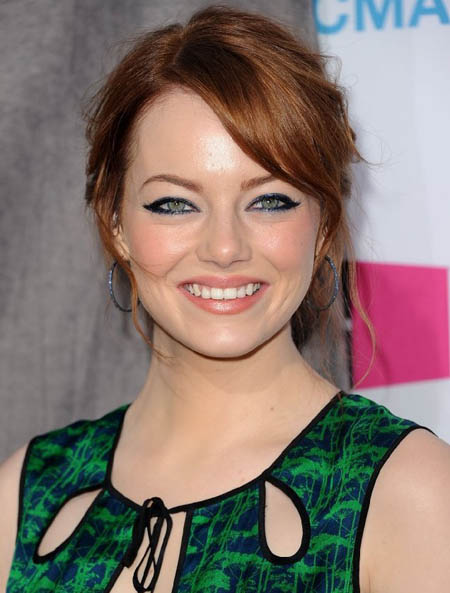