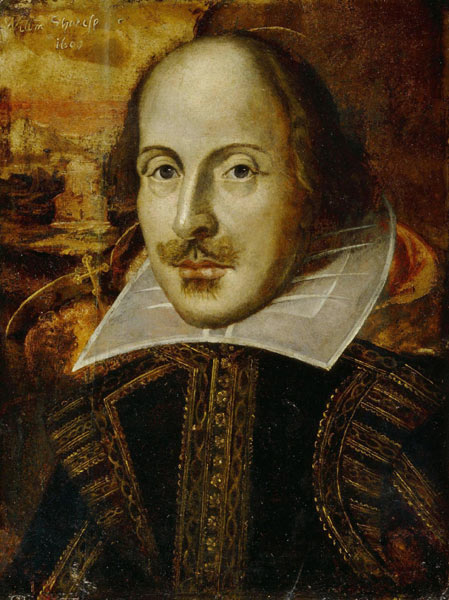 In addition, the Arden Hotel, which is Stratford’s new first independently owned boutique style hotel, will also open opposite the theatre in July this year.

The ‘Shakespeare in a Suitcase’ production of Henry V, edited by Ben Power and directed by Roxana Silbert, RSC Associate Director, offered a taste of the RSC as the company invited North Americans to visit its transformed Stratford-upon-Avon theatres, due to reopen in late 2010 following a $200m makeover.

Now in its final stages of transformation, the Royal Shakespeare Theatre, will have a new thrust stage auditorium at its heart – one of just a handful in the world and the only one with such sophisticated stage technology, allowing directors and theatre artists, huge flexibility and creative freedom.

The audience will be much closer to the action, wrapped around the stage on three sides, with the seats at the back twice as close to the stage as they were in the old 1932 Elisabeth Scott cinema-style auditorium. It’s an amazing VIP experience to see the show in person. A true blend of art and culture.

The new building, right alongside the River Avon, contains both the Royal Shakespeare and Swan Theatres. It retains some of the best elements of the original Art Deco building and is packed with new features – a rooftop restaurant, a linking colonnade, riverside terrace, a Theatre Tower from which all the main Shakespearean locations can be seen, a new theatre square – Weston Square – and the PACCAR Room for exhibitions, along with much needed new facilities for visitors and theatre artists.

Vikki Heywood, RSC Executive Director, said today: “It’s long been our ambition to create the best playhouse for Shakespeare and a closeness to our audiences which is only possible in a thrust stage space. People already love our award-winning temporary Courtyard Theatre, which opened in 2006 and has been used as a prototype for the new Royal Shakespeare Theatre. Our new home will be a place for everyone, offering Shakespeare, other classics and new plays by living writers as well as opportunities for visitors to understand and be involved in the theatre-making process.”

“We are on time and on budget, and plan to open to the public in late 2010 with a series of preview events and activities designed to test the building, leading up to our opening performances in February and March 2011. We will reopen the transformed Royal Shakespeare Theatre auditorium with productions from the current repertoire, performed by the same RSC acting ensemble that will visit New York’s Park Avenue Armory in 2011 as part of the Lincoln Center Festival. The Swan Theatre will also reopen at the same time. We will then celebrate our 50th birthday with new companies and new productions.”

Sam Warnock, Visitor Marketing Manager at Advantage West Midlands, said: “We are delighted to be working with the RSC, providing both core refurbishment finance and support for this important project. Shakespeare is an iconic brand for England and for The Heart of England and, together with the Royal Shakespeare Company, we are committed to increasing the profile of Shakespeare and his legacy throughout the world, making The Heart of England, Stratford and the RSC must-see attractions for all international visitors to England.”

The RSC has long enjoyed a close relationship with North American audiences, who helped fund the 1932 Elisabeth Scott building and its adjoining Swan Theatre in 1982, and a significant number of visitors to Stratford-upon-Avon and the Heart of England are from the US and Canada. Attracted not only by the RSC, visitors travel to see where Shakespeare was born, where he went to school and where he died, as well as some of England’s most beautiful countryside on the banks of the River Avon.

Providing a further boost to the area’s travel and tourism offerings, the RSC’s joint venture partners, the Eden Hotel Collection, will reopen the Arden Hotel in July this year. As Stratford’s first independently-owned boutique-style hotel overlooking the river, the hotel will offer overnight visitors an ideal location situated directly across from the theatre.

The RSC will announce titles of the February and March 2011 opening productions in September. Details of its 50th birthday anniversary year will be released when the Royal Shakespeare Theatre reopens for preview events in late November 2010. Meanwhile, the company continues to perform a full repertoire of Shakespeare plays and other titles at the award-winning Courtyard Theatre in Stratford-upon-Avon, including a special week of short Young People’s Shakespeare productions in September.

In November, the RSC opens a new musical version of Roald Dahl’s Matilda – the magical story about a little girl with extraordinary powers, which has been a favourite novel for millions of children across the world since it was first published in 1988. Matilda, A Musical will be directed by Tony Award-winning Matthew Warchus.

The book is by playwright and screen-writer Dennis Kelly, and the music and lyrics are by the anarchic Australian comedian, musician and composer Tim Minchin. This family show will entertain audiences through the winter in The Courtyard Theatre, running alongside the reopening preview period of the Royal Shakespeare Theatre.