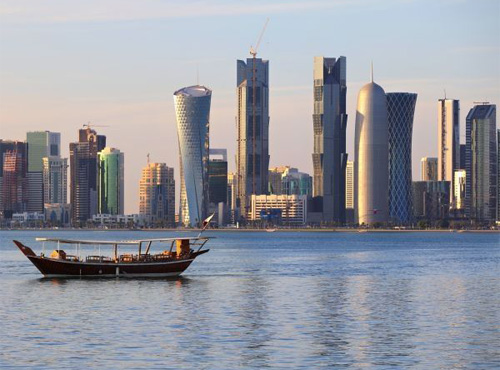 A recent study completed by by Ledbury Research, has determined that the Middle-Eastern sovereign state of Qatar is world’s fastest growing luxury market.

The Ledbury Research report is titled “Global Luxury Hotspots” and announced that Qatar took the top spot as the world’s top 20 “fast-growing, frontier markets” for the luxury industry.

It may not be a surprise to many, but the Middle East with its vast natural resource reserves took the top three positions. The United Arab Emirates took second place and Saudi Arabia was ranked third in the luxury market survey.

Qatar has a relatively small population of only 2 million people, but just 250,000 are citizens.

Qatar was proud to have just held the World Luxury Expo and will be hosting the Football World Cup in 2022.

Nicola Ko is the senior luxury analyst at Ledbury Research and was quoted, “The Mall of Qatar is currently being built however, and with infrastructure to be improved in the run-up to the 2022 World Cup, the luxury industry has significantly more potential to grow in the country.”

Qatar has a history of investing in the luxury industry. It owns majority stakes in landmark department stores Harrods and Printemps in London and Paris, plus in Italian fashion brand Valentino.

To become even further entrenched in the luxury market, Qatar is also currently developing its own luxury label, titled “Qela.”