Rare Bottle of Masseto Wine Sells for $49,000 at Sotheby Auction 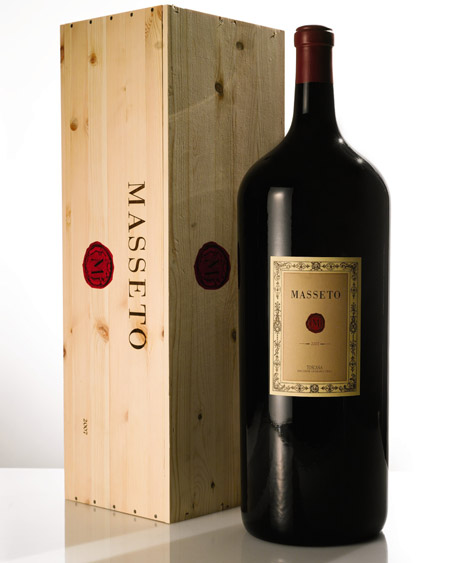 The rare Nebuchadnezzar is one of only eight ever produced by esteemed Italian winery, Tenuta dell’Ornellaia. Due to its rarity, there was much anticipation for the Sotheby Auction. Many International collectors were ready to bid on this rare bottle of Masseto.

Such a rare bottle of wine, that 2007 Masseto wine was also featured on the cover of Sotheby’s auction catalogue.

CEO and President of Sotheby’s Wine, Americas and Asia, Jamie Ritchie, was quoted, “Masseto confirmed it’s highly desirable status with bidders from Asia, Europe and the Americas fiercely competing to win this very rare Nebuchadnezzar (15L bottle) of Masseto, which sold to a private Asian buyer for $49,000 after a protracted bidding battle. This was one of only eight Nebuchadnezzars produced, five of which are still at the winery. We were delighted that Giovanni Geddes, CEO of Tenuta dell’Ornellaia was able to be in our New York saleroom to witness the bidding war.”