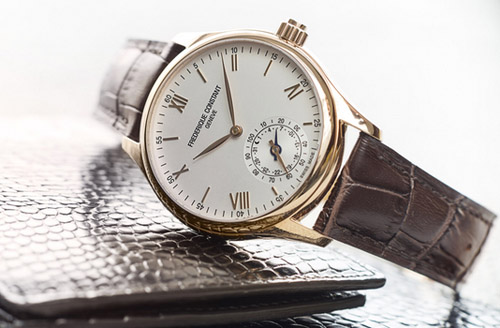 Frederique Constant and Alpina are scheduled to introduce over 10 different Horological Smartwatch models during 2015. Luxury watch styles will be available for both ladies and gentlemen.

MMT (Manufacture Modules Technologies Sàrl) is a new Swiss joint venture that was created by Fullpower Technologies, Inc. of Silicon Valley plus the owners of the Frederique Constant Group. The MMT mission is to introduce the exciting MotionX-365® Horological Smartwatch Open Platform to the powerful Swiss watch industry.

Initially, the MMT partners consist of Frederique Constant who is the Geneva based luxury watch manufacturer of classical watches. Also joining the partnership is Alpina, who is popular Swiss sports watch manufacturer that was first founded way back in 1883.

The basis of the new Swiss Horological Smartwatches is based on tracking and analyzing more than 100 million nights of sleep, and years of research and development on the biomechanics of natural human motion.

Frederique Constant is well respected as a family owned watch manufacturer, headquartered in Plan-les-Ouates, Geneva, Switzerland. The luxury watch company develops, manufactures and assembles in-house calibers, in 18 different versions since they began in 2004.

If you are watch connoisseur and interested in purchasing a new Swiss Horological Smartwatch, contact us today. Follow our popular luxury blog to read about the latest luxury watch news and product releases.