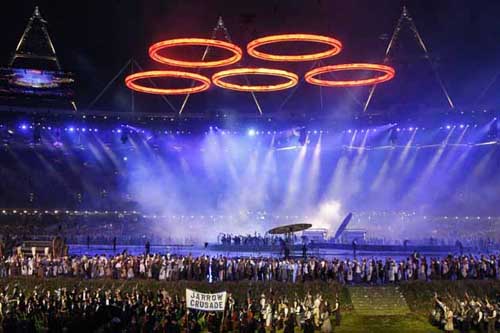 It would be almost impossible to surpass the impressive Opening Ceremony 4 years ago in Beijing, China, but London made its statement.

The London 2012 Olympic Games opening ceremony was themed around the theme of the “Isle of Wonders.” The phrase reference from Caliban’s speech in the William Shakespeare classic play “The Tempest.”

The opening ceremony began with an uplifting flyover of roaring fighter jets leaving behind a trail of red, white and blue smoke. The sold-out Olympic stadium of 80,000 people loudly applauded.

This colorful Olympic ceremony was created and directed by Danny Boyle, who is widely known as director of the hit movie Slumdog Millionaire. Boyle’s vision was to share with the world a glimpse of Britain’s history.

As the opening ceremony began, groups of children positioned around the stadium floor popped balloons with each number, counting down from 10 to 1.

The U.K.’s pastoral landscape of grass, hedgerows and farm made way to an impressive transition to the Industrial Revolution. The 18th and 19th centuries were a defining time in Britain’s history and basis for the its powerful empire. 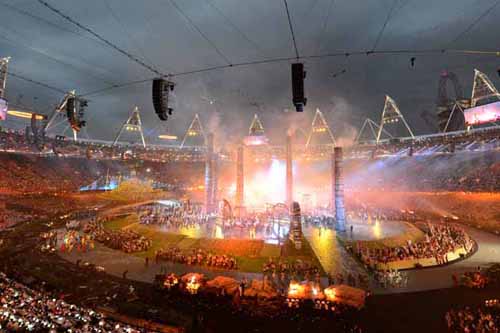 The stadium turned into an impress array of towering smoke stacks that rose from the ground, machinery and hundreds of workers, representing the backbone of their labor engine.

Boyle next changed the direction of the show by adding a blend of pop culture with pomp and circumstance. Queen Elizabeth and James Bond, played by Daniel Craig boarded a helicopter and flew over London’s popular sites and monuments, such as Big Ben and Houses of Parliament. The crowed roared as it was depicted that both the Queen and James Bond 007 jumped from high above the stadium and parachuted in. 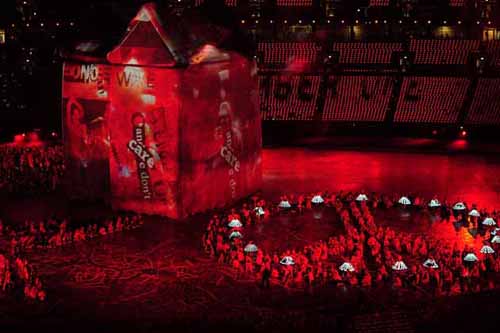 Next was a tribute to British pop culture and its rich history of music. A series of video clips and songs from Britain’s most famous band and singers were heard including The Who, Rolling Stones, Beatles and Queen.

The colorful parade of nations next took center stage beginning with Greece, the birthplace of the Olympics. 204 countries will be representing during the 2012 Summer Olympic Games in London, featuring over 10,000 Olympic athletes with the single goal of winning a medal.

What everybody waits for is the arrival of the Olympic flame. Who else but local, East London world soccer star David Beckham could ignite the crowd. The flame was delivered from a speedboat driven by David Beckham. The flame was passed on to Steve Redgrave who is one of Britain’s greatest Olympians of all time. 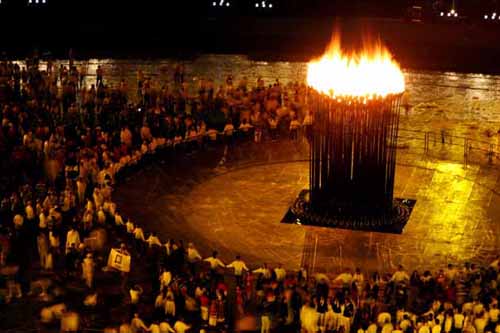 The torch was then handed over to seven sports legends of the Games and then passed to seven young athletes, signifying a passing of the torch. The flames then simultaneously lit up 200 miniature torches that rose together to create a stunning cauldron in the middle of the Olympic stadium. 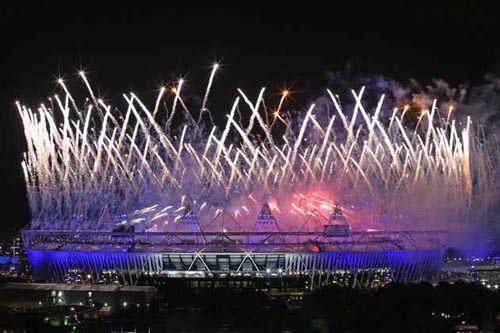 An incredible fireworks display lit up the skies above London. Singing legend Sir Paul McCartney led the audience with rocking performance of Beatles hit song “Hey Jude,” as the audience sang along in unison, ending the memorable ceremony. Thank you Danny Boyle. 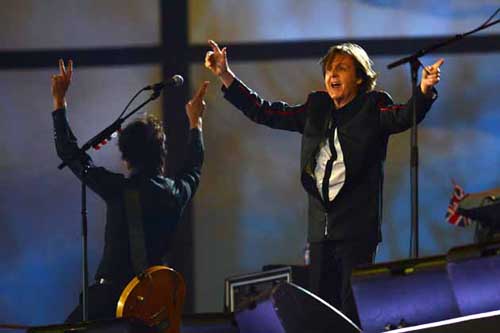