Live Your Life The Way You Want. How? 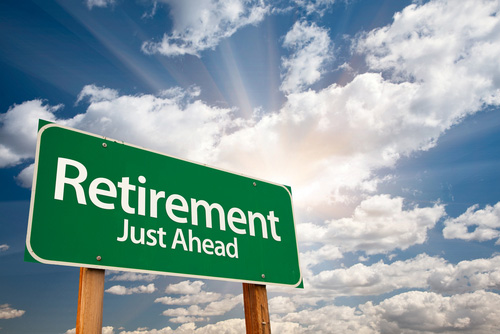 Ever heard of the 4% rule? That’s when you take 4% out of your savings during the first year of your retirement. Then each following year, take that same amount plus an adjustment for inflation. The goal is to live off that amount for a minimum of three decades and live your life the way you want.

But that simple 4% rule may not be such a good guideline anymore. Although it was created back in the 1990’s by William Bengen, who was a California financial planner, it has morphed over the years by other analysts adding their own, personal spin.

Dave Lopez is a financial advisor and mathematics and computer science major. Lopez utilizes his analytical skills to solve retirement challenges. He was quoted, “Unfortunately, the kind of money retirees want to spend each year for a comfortable lifestyle tends to be about $60,000, which means someone’s nest egg would have to be $1.5 million for that rate of withdrawal to sustain for 25 years.”

So the real issue is that millions of retirees won’t have the income they really desire during retirement. The frustration grows and causes many to think they need to work forever just to survive or live your life the way you want.

As the founder of ILG Financial, Mr. Lopez offers his thoughts for alternate game plan to help you navigate the retirement years so you can live your life comfortably.

• Consider retiring early and working the job you’ve always wanted. The model frequently followed by retired government workers can be replicated by millions of other retirees. You don’t need a $1.5 million nest egg when you combine Social Security with a smaller withdrawal amount and a fun job earning $20,000 a year. Retirees can be creative in how they earn this “fun money.”

• Remember, Social Security is a welfare program. Before President Roosevelt signed the Social Security Act in 1935, seniors worked. America was an agrarian culture, and many who were in their 60s and 70s usually continued duties on the family farm, albeit handling lighter tasks. Social Security is essentially a Socialist idea. A response to the Great Depression, its purpose was to move out older workers in favor of employing younger Americans, but times have changed.

• No pension? – Create your own. The days of working 30 years for a single company and collecting a sizeable pension are mostly over. This means retirees need to get creative and rely on other sources of income, including IRAs and strategies for annuities – effectively creating their own “pension.” Annuities are contracts with insurance companies. The contracts, which can be funded with either a lump sum or through regular payments, are designed as financial vehicles for retirement purposes. The money used to fund the contract grows tax-deferred. Unlike other tax advantaged retirement programs, there are no contribution limits on annuities.

• Consider lifestyle changes. Through the distribution years, you should consider moving to a place where the cost of living is cheaper than major metropolitan areas. Simply put, you’ll want your money to go further. Take a play from younger folks who are cutting their cable in favor of only Wi-Fi access. Learn how to cook delicious meals on a budget. For many, learning how to make one’s money work better for them, rather than working for their money, is a preferable lifestyle.

• You don’t have to remain stuck in your “earning” job. “The U.S. government is the biggest employer in the world, and I work with many of its employees,” he says. “They usually have high-stress jobs and usually want to retire as early as possible and, while leaning on their pension, start working on their own terms as government contractors.”

If you need a financial advisor, contact The Life of Luxury. We can put you in touch with qualified and respected financial professionals in your area. Stay on top of he latest financial industry news by reading this luxury blog on a regular basis.