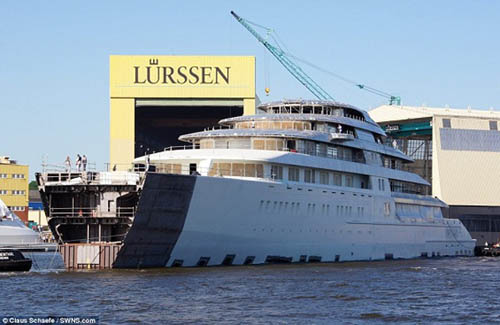 Having the label of the world’s largest yacht holds a high level prestige in the luxury boating industry.

It looks like another new superyacht is about to be crowned the world’s biggest yacht – Azzam. Under construction in Bremen-Vegesack, Germany is Project Azzam.

As one can imagine, the physical details of any new superyacht under construction is often held in privacy. But industry experts project the new superyacht Azzam to be about 590 feet in length. If true, this boat length would surpass the current world record by 54 feet.

We had previously written about the current world’s current largest yacht. It is Eclipse, the 546-foot superyacht that’s owned by Russian billionaire Roman Abramovich.  Another luxury superyacht that is currently for sale is Cakewalk. 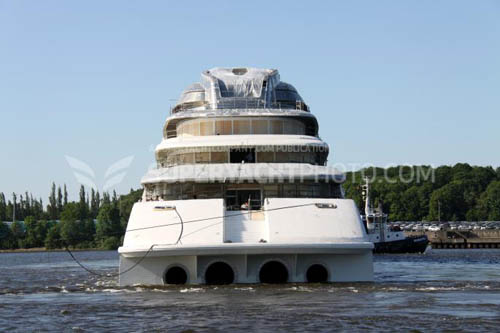 There have been exclusive photos of the Azzam superyacht, captured by SuperyachtTimes.com. Pics offer a glimpse of the impressive Azzam with at least six stories high, wide windows on the rear deck, plus upper decks that will dedicated to luxurious staterooms.

Be sure to follow the Azzam superyacht progress as we will update you when we get additional information.

Currently in the works is Project Azzam,a super-yacht under construction in Bremen-Vegesack, Germany. Upon completion, Azzam is slated to take the number one spot as the world’s largest yacht.

To contact us about either buying, selling or chartering the best luxury yachts, superyachts, catamarans and boats in the world, please contact us by visiting – Best Luxury boats