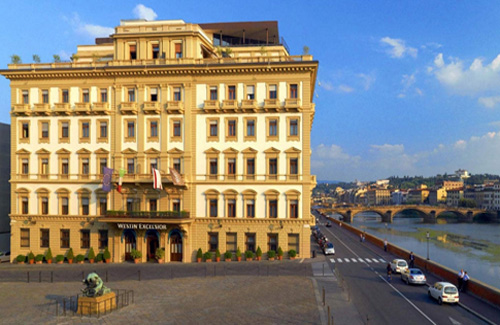 As Halloween nears, it’s time once again to share more ghost stories. We all like a good scare when we know we’re really safe. But what about when you are in a scary, unknown environment? Do you have a spine chilling story to share. We want to share 6 Spooky Luxury Hotels.

This is a follow-up to our popular article published just last week – 5 Spooky Luxury Hotels We highlighted 5 luxury hotels covered by Tauck, a leading travel tour provider. Halloween is a time of ghoulish tales and all that is creepy.

Here are 6 spooky luxury hotels that we are happy to share with our readers. With Halloween right around the corner, think twice if you see or feel something strange during your next hotel stay. Boo!

· One of the smaller rooms at the hotel, room 152 is routinely used to house Tauck Directors leading the company’s “Italian Lakes, Venice, Florence and Rome” tour. At least three different Tauck Directors have all reported “feeling watched” and having other unnerving experiences in room 152, but perhaps the most deeply affected was Debi Holmes-Binney.

· Holmes-Binney was quoted, “I was so convinced that room 152 was haunted that I absolutely refused to stay on the first floor at all. I actually went down to the concierge at midnight in my jammies because I was so scared To this day, if they told me I had to stay in that room I’d go to another hotel.”

· However, the charms of the Parco were sometimes lost on Tauck Director Andrea Orri when he led trips for the company in Italy, particularly when he stayed in room 523. “I’ve stayed at the Parco dei Principi about a million times, and each time I slept in room 523 the lights would go on in the heart of the night and the curtains – with the window closed – would start moving,” recalls Orri.

· Like many Tauck Directors, Orri is frequently housed in the same room at a given hotel by the hotel’s management. Often these rooms have some aspect that makes them somewhat less appealing to regular hotel guests. They may be smaller than standard rooms or offer a less scenic view – or perhaps they have issues of a more supernatural nature? For his part, Orri became so familiar with the apparent poltergeist in room 523 at the Parco that he eventually nicknamed him “Jimmy.”

Fairmont Le Chateau Fronentac
(Quebec City, Canada)
· Tauck Director Britta Svensson nominated the imposing castle-like Chateau Frontenac, a landmark hotel in Quebec City, for a spot on the list. Britta and several guests on one of her tours each saw a strange man sitting on a windowsill in the hotel, only to have him suddenly vanish.

· According to the hotel, it was likely the apparition of Louis de Buade, Comte de Frontenac, for whom the property was named. De Buade was a 17th century governor general in Quebec. He’d left instructions that, upon his death, his heart was to be sent in a decorative box to his fiancé in Europe. However, his distraught fiancé was too grief-stricken to accept the unique memento, and it was returned to Quebec.

· To this day, de Buade is said to wander the hotel, still seeking to be near his beloved.

Grand Canyon Lodge – North Rim
(Grand Canyon National Park, Arizona)
· Tauck Director Cindy Walker had a strange experience while traveling with a colleague, Jim Hahn, during the development phase of Tauck’s “Spirit of the Desert” tour. While staying in the guest cabins at the Grand Canyon’s North Rim, Cindy was awakened at 3:33 AM when the phone in her cabin (#328) rang. She answered, but no one was on the line. The following morning, Jim called Cindy on her cell phone and mentioned he couldn’t get through to her by dialing her room number on the property’s phone system. Curious, Cindy checked her in-room telephone and was shocked to see that it was unplugged.

· Cindy told the front desk about her experience, and their response was, “Yeah, it’s probably the ghost.” More recently, while again staying at the North Rim cabins with a Tauck group, Cindy overheard a guest complaining about getting a phone call in the cabin at 3:30 AM – and once again, it was in cabin #328. “Spirit of the Desert” indeed.

Ahwahnee Hotel
(Yosemite National Park, California)
· Guests on Tauck’s “California’s Gold Coast” tour spend two nights in Yosemite’s rustic yet luxurious Ahwahnee, but apparently other guests of the hotel refuse to check out – even after “checking out.” Tauck Director Cindy Walker adamantly refuses to stay on the sixth floor after having had strange experiences there, and it’s also the sixth floor that she later learned may be haunted by the ghost of Mary Curry Tressider. Tressider was instrumental in the hotel’s development, and she lived in an apartment on the sixth floor until her death in 1970. Shortly after her death, reports of an apparition moving about the sixth floor became common.

· Another unusual story involves the Ahwahnee’s third floor, where President John F. Kennedy stayed during a visit to Yosemite in 1962. A rocking chair had been placed in Kennedy’s room prior to his arrival, because the chair’s motion helped alleviate his chronic back pain. After Kennedy’s death, housekeepers began reporting the presence of a rocking chair, rocking slowly in the room where the President had stayed – despite the fact that the room hadn’t ever been furnished with a rocking chair after Kennedy’s visit.

· This massive, former fortress in the foothills of the Pyrenees dates back to the year 789, and it once helped secure territories re-conquered from the Moors. Today this luxury property hosts discerning travelers, many of whom have reported seeing apparitions in medieval dress, including armor-clad soldiers.

Feel free to share our 5 Spooky Luxury Hotels with friends and family. In addition, be sure to read our article titled – History of Halloween – Holiday for Both the Rich and Poor

We hope you loved our 6 Spooky Luxury Hotels article. Please come back soon and follow our luxury blog. Our talented, concierge service staff is ready to assist with your luxury vacation plans.