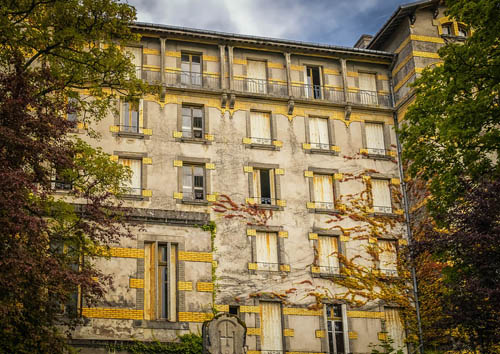 As Halloween nears, people begin sharing their best ghost stories. Many are simple the creative imagination of people. But some chilling stories are hard to discredit. Would you like to read about 5 Spooky Luxury Hotels? Of course you would! Spreading a few ghoulish tales is a major part of what Halloween is all about.

Tauck is a highly respected tour, cruise and safari operator that has been in business for 90 years! That is an incredible accomplishment and testament to their professionalism and high-quality tour packages. Tauck operates in 70 countries and provides clients with greater than 100 tour itineraries to choose from. More than 200 of the travel company’s tour directors help create a list of the best, spooky luxury hotels.

Here are 5 Spooky Luxury Hotels that we want to share with you today. Check back as we will offer additional hotels in the next week with Halloween right around the corner. 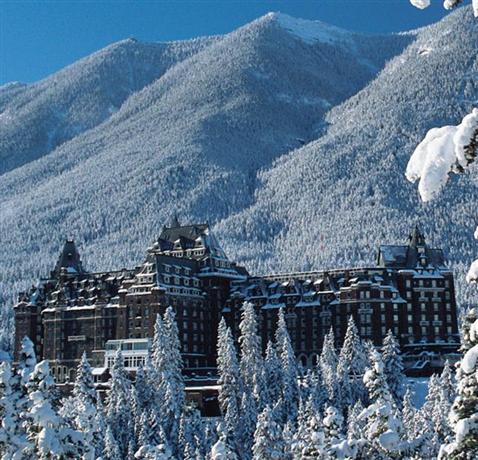 · Tauck Director Ed Gans tells two stories of ghosts at the Banff Springs. The first involves a helpful bellman named Sam who frequently assists guests on the hotel’s ninth floor. Therefore, when guests try to engage Sam in conversation or offer him a tip, he quickly departs – “almost into thin air,” as reported by one guest. As a result, hotel guests are invariably shocked to learn that Sam is a former hotel employee who passed away decades ago.

· The second story is a tragic tale of a young bride who, following her wedding ceremony, was descending a marble staircase in her bridal gown to the ballroom below. Hence, a sudden gust of wind tangled the gown’s long train in the bride’s feet, causing her to fall to her death down the marble stairs.

· Today the hotel still reports mysterious, chilling breezes on the marble staircase. As a result, strange sightings of a beautiful woman in a flowing white dress descending the stairs or dancing in the ballroom. 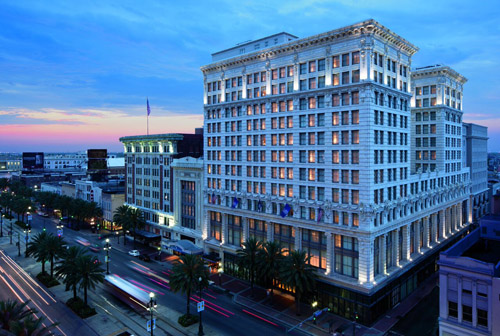 · According to the hotel’s massage therapists, doors in the spa open on their own, even after being closed. Massage oils shift mysteriously on counter tops when no one is looking, and the hydrotherapy tub lights flicker. Perhaps the spa’s use of Marie Laveau’s name simple “rubs her the wrong way?”

· A trio of other ghosts also supposedly haunt the Ritz-Carlton, including two young girls who routinely run up and down the hallways, and an older gentlemen sometimes seen quietly reading in the Library area of The Club Level. 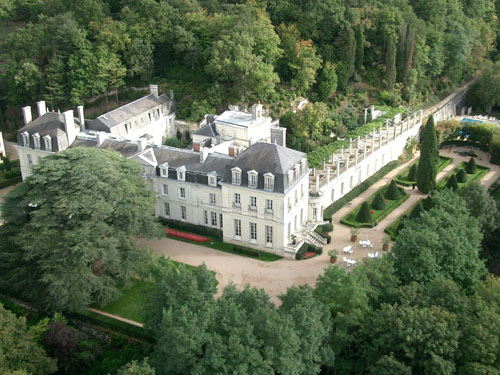 Chateau Rochecotte
(Loire Valley, France)
· The stunning Chateau Rochecotte was once owned by the Duchesse de Dino who resided there with her uncle, the renowned diplomat Talleyrand. Tauck Director Nicole Kreigenhofer relates a story that suggests that the Duchesse may actually still be in residence at Rochecotte.

· According to Kreigenhofer, a Tauck motorcoach driver named Michel awoke one night at the chateau to find a woman in white with long flowing hair floating above his bed. Michel was so paralyzed with fear that he was unable to move or scream.

· Kreigenhofer was quoted, “From that night on, Michel would either stay awake all night with the TV and lights on, or he’d sleep in the motorcoach – he was too proud or embarrassed to ask for a different room.”

· After several sleepless nights, Michel finally told his story to the front desk and the staff thereafter always tried to assign him another room.

· Still, Kreigenhofer suspects that the experience had a lasting effect on Michel. “He retired not long afterward,” says Kreigenhofer, “and I can’t help but wonder if that was what pushed him into retirement.” 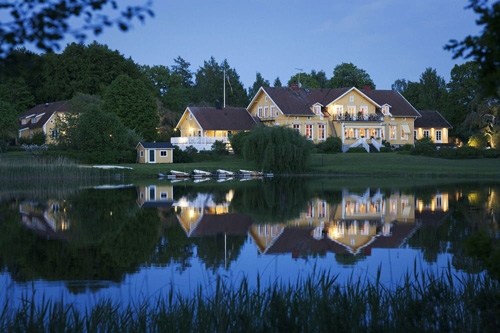 Toftaholm Herrgård
(Toftaholm, Sweden)
· Named a Leading Historic Hotel Of Sweden, the Toftaholm Herrgård dates back to the 14th century and enjoys a quiet setting by the eastern shore of Lake Vidöstern. Room 324 at the hotel is said to be haunted by the ghost of young man named Mats, who hanged himself from the room’s rafters in 1750.

· At the time, the hotel was the private manor home of a local baron, and Mats was an illegitimate peasant who worked there as a stable boy. Next, Mats and the baron’s daughter Ebba had fallen deeply in love, but the baron instead forced Ebba into an arranged marriage against her will. Sadly, on the morning of Ebba’s wedding, a devastated Mats took his own life.

· Today, according to the hotel’s Torbjorn Colfach, Mats’ restless spirit continues to haunt room 324, as well as other rooms occupied by attractive young women. “Mats is very friendly,” says Colfach. “On the other hand our guests report funny things, such as strange sounds, the unexplained movement of various things, and doors or windows being closed in the morning that were left open the night before.” 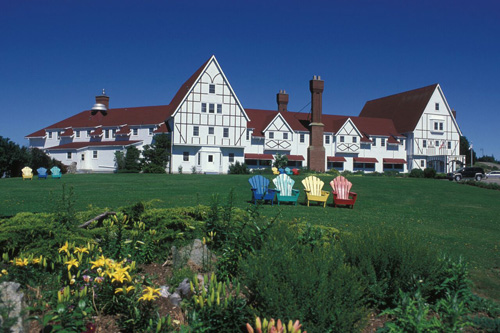 Keltic Lodge
(Cape Breton Island, Nova Scotia)
· Tauck Director Tom Olinyk was familiar with the story of the Keltic Lodge being haunted by the ghost of former owner Julia Corson, who allegedly died at the property in the 1930s and today still walks the property in a long, flowing white gown. Many of the hotel’s staff have experienced Julia’s presence, but it took the experience of a Tauck guest to make Tom a believer.

· Tom tells the story: “One morning years ago I had a lady on the tour who, while we were leaving Keltic Lodge for Halifax, asked me if the Lodge was haunted. When I asked why, she told me the night before she had an experience where she felt a cold presence and saw a lady in a long white gown. The ‘lady’ entered the room from the area of the door, which of course was shut and locked, and my guest watched the apparition as it slowly and gracefully crossed the room, hesitated for a while and then exited through the opposite wall.”

· The story continues, “What made the whole thing so interesting to me was the fact that I hadn’t mentioned to any of the guests that the hotel was supposedly haunted, and I couldn’t believe that my guest had described exactly the same thing that other people had reported seeing.”

Feel free to share our 5 Spooky Luxury Hotels with friends and family. In addition, be sure to read our article titled – History of Halloween – Holiday for Both the Rich and Poor

We hope you loved our 5 Spooky Luxury Hotels article. Stop back soon to follow our luxury blog. Our concierge service can help you book a luxury vacation anywhere in the world. Just ask us!