What is Currency Hedging and Why Should I Care? 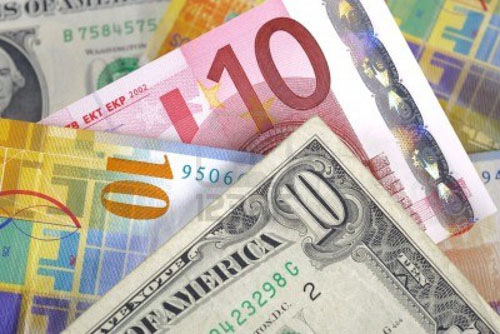 Currency hedging is a method used to attempt to manage the degree of risk that may be present when making a transaction involving foreign currency exchange.

A currency hedging process is designed to allow a degree of compensation for any shifts in the relative value of the currency type being used in the deal.

A hedge aims to minimize the exposure of the holder of the money being transferred to unfavorable future shifts in the exchange rate, guaranteeing a reasonable return on the investment.

For example, rather than paying for shares connected to a company based in Spain with Euros, the currency hedging process begins when the investor would first convert Euros into Pounds Sterling, then use Sterling to make the share purchase.

In order to protect from possible changes in the rate of exchange, the investor would normally agree to sell the shares after a given time period. The rate at which the shares would be sold may be slightly below the exchange rate between the pound and the Euro that was in effect around the time that the shares were purchased.

This creates a situation where the investor is in a position to make a substantial profit if the Euro strengthens against the Pound in the intervening period. On the contrary, if the Euro weakens against the Pound over this time period, the loss is minimized by the contract to sell the shares, thus preventing an overall loss for the investor. Overall, the mechanism offers the investor a degree of protection against fluctuating currency exchange rates.

The above example illustrates just one kind of foreign exchange, currency hedging strategy involving share purchases. Another common use of a hedging mechanism is the offer of ‘forward contracts’ in the exchange of foreign currencies.

A ‘forward contract’ serves to remove the uncertainty of changing exchange rates, by fixing the exchange price for a delivery of currency at a specified future date. This service is widely used by Foreign Exchange brokers to offer businesses and individuals future revenue protection.

Although it is probably the best way to insulate future payments from the unknowns of currency exchange variance, there are some potential pitfalls to be considered when it comes to ‘forward contracts’.

As the future exchange price is locked-in and the amount is fixed, if exchange rates suddenly markedly improve, a client cannot capitalise on this – this is the price paid for guaranteeing a transfer at a set rate, but you can’t have it both ways!

In addition, the further into the future that the deal is set, the less competitive a rate is offered. Typically the market is most used for short-term periods such as 3 to 6 months, as beyond this time lender’s rates become less and less competitive – with more future variables affecting pricing.

Foreign currency brokers will typically offer ‘forward contracts’ for up to a year, but the change that may take place in exchange rates over this time, and the resultant pricing, begin to diminish the attractiveness of this option unless it is vitally necessary.