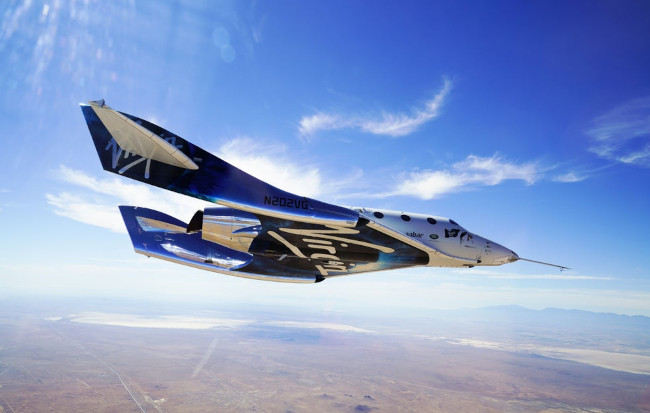 Tomorrow marks a historic day. Sir Richard Branson will be on board the Virgin Galactic space plane named “Unity” for a test flight.  Richard Branson is almost 71 years old. The London-born is the famous founder of the Virgin Group, which controls over 400 companies across many industries.

Branson describes himself as a adventurer. He will live up to that description on Sunday, as he soars from the southern desert of New Mexico. In addition, he will join five company employees on his sleek and shiny space plane – the Virgin Galactic “Unity.”

The upcoming flight will be the company’s fourth trip to the edge of space. Richard Branson posted on Twitter, “I’ve always been a dreamer. My mum taught me to never give up and to reach for the stars. On July 11, it’s time to turn that dream into a reality aboard the next @VirginGalactic”

By adding himself to Virgin Galactic’s first full-scale crew, Branson will beat out Amazon founder Jeff Bezos by just over a week. The battle of two of the biggest billionaires in the world intensified quickly. First, there was a news release that Jeff Bezos would be part of the debut launch of his “Blue Origin” rocket – “New Shepard.” It is currently scheduled for July 20 and will include other people with people on board, including honored guest Wally Funk. In addition, Bezos’ brother Mark Bezos will be part of the crew, launching from West Texas.

Branson states, “We are at the vanguard of a new industry determined to pioneer twenty-first century spacecraft, which will open space to everybody — and change the world for good.” 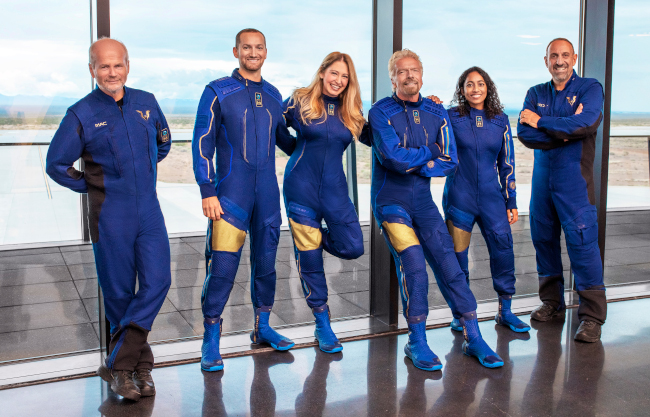 The “Unity” space plane from Virgin Galactic, will take-off attached to a custom designed double aircraft. Appropriately, the aircraft is nicknamed Eve, named after Richard Branson’s late mother. After taking off and reaching almost 50,000 feet (15,000 meters), the plane with Branson inside will be released. After that, the plane’s rocket motor will next ignite and initiate a rapid climb up to approximately 55 miles above Earth.

Next, the space plane’s motor will shut off as it reaches space. As a result, the lucky passengers will then experience weightlessness and will float around, looking down at planet Earth. What an amazing view that should be! Continuing after that relatively brief thrill, the passengers all strap back into their seats and prepare for re-entry. Amazingly, the rocket plan actually folds up its wings. Finally, the wings fold back down using a unique technique, called “feathering.”

From there, the rocket plane glides back to Earth, similar to past NASA space shuttle missions. Hence, millions of people all around the world will watch this historic moment in space travel.

The next phase for Virgin Galactic, is to perform two more test flights later this summer. If you have dreamed to travel to space, you are in luck. You can book a reservation for a future space flight. The initial tickets are priced at $250,000 per person. Incredibly, there are already greater than 600 confirmed, ticket holders. Will you be next?

The Life of Luxury offers over 50,000 VIP experiences around the world. If you are interested in a space flight with Richard Branson’s Virgin Galactic, please contact us today.