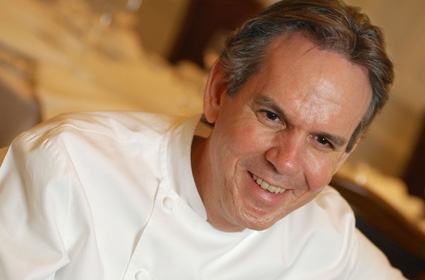 Thomas Keller is a world famous chef. At the age of  52-years old, the French-American chef has won countless awards. His restaurants have been top ranked in Michelin stars including the highest three stars for the  French Laundry in Napa Valley, California, and the gourmet New York eatery Per Se.

Keller participated in an interview with Reuters. He spoke about his cooking philosophy, favorite dishes and the most difficult thing about being a chef.

When asked what was his cooking motto, Keller replied, “One of our overriding philosophies is the law of diminishing returns, which is: the more you have of something the less you like it. We establish our compositions based on the view that when you are finished with a dish, you wished you had one more bite. That way you have reached the highest flavor for that dish and it becomes memorable.”  Full article