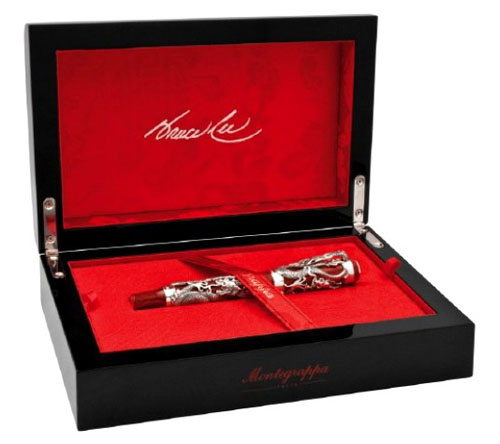 Montegrappa is Italy’s most revered manufacturer of fine writing instruments recently announced the second luxury pen in their “Icons” series that commemorates the 70th birthday of the martial arts marvel – Bruce Lee.

Legendary actor and athlete, Bruce Lee has been honored with a limited edition set of luxury Montegrappa writing instruments. The first pen in the “Icons” series was dedicated to legendary boxer, Muhammad Ali

To commemorate the 70th birthday of Bruce Lee, Montegrappa plans to introduce a re-interpretation of one of the company’s most coveted pens, named the “The Dragon.”

The original “Dragon” was first produced by Montegrappa 15 years ago. 1,912 pieces where made available to celebrate its founding year.

The luxury “Dragon” pen was produced in black mother-of-pearl celluloid and sterling silver and only 100 fountain pens were issued in 18K gold.

The fountain pen had a piston filling system, and was available with nibs in six widths. These pens can now be found solely – and rarely – in collecting circles. 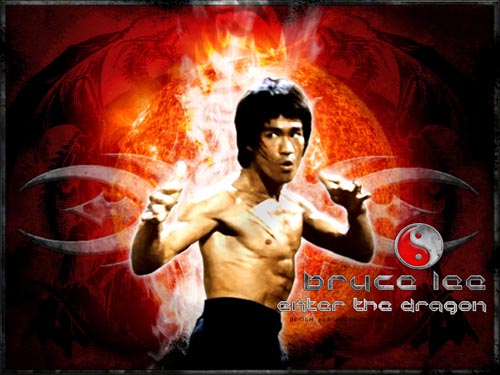 The new “The Dragon 2010 Bruce Lee” limited edition series pen is distinguished from the 1995 version by a change in the design of the pocket clip, a new color, the detail of the Dragon’s tail on the pen barrel, the fountain pen nib and the top of the cap.

Montegrappa plans to produce a total of 2010 pieces, including:

We had previously reported that Sylvester Stallone was announced as the Montegrappa brand ambassador.