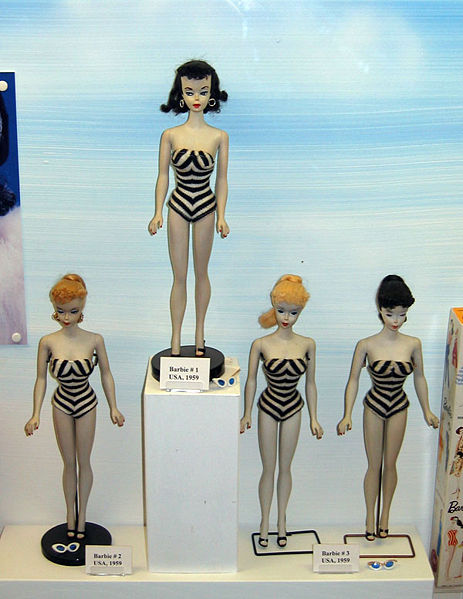 The Barbie doll has been a treasured collectible for decades. What started out as a simple doll for girls by toy maker Mattel, has turned into a massive worldwide, collectible market.

Thought to be the largest single-owner Barbie collection ever auctioned, the Dutch collection was sold in September of 2006 by Christie’s of London. The Barbie collection of over 4,000 dolls was said to include practically every Barbie ever produced. Starting from the 1959 #1 ponytail, to the current dolls of the 2000′s.

Christie’s sold the rare dolls individually and others were in lots of 10 to 12 dolls. The bidding for the lots will started at around $100 to $200. The estimate was at the time, the collection was worth approximately $185,000.

Auction house Christie’s, tells Reuters, “This is a collection of virtually everything — and most of it is in mint condition as it has never been taken out of its boxes, making it particularly highly prized.”

The first ever Barbie, wearing a zebra stripe swimsuit and white sunglasses, sold for over $6,000 to an anonymous collector.

This was a far cry from the pocket-money price of $3 when she first went on sale in 1959. In all more than 4,000 of the dolls went on sale at Christies attracting buyers from all over the world.  Full article