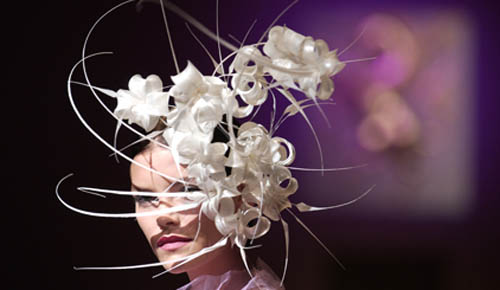 Women in England love to wear hats, particularly to large events like weddings or celebrations. And keeping that British culture is well known Irish hat designer Philip Treacy, noted for designing 36 of the hats worn at the wedding of Prince William and Catherine Middleton on April 29, 2011, including the infamous headpiece donned by Princess Beatrice of York.

Treacy told the Associated Press, “When people think of hats, they think of her majesty the queen.” “They’re exciting hats to make, because hats and royal weddings are both about magic, happiness and a sense of celebration.”

Treacy who was born in Ahascragh, in the West of Ireland, studied fashion at the National College of Art & Design, where his hobby was to make hats to go with outfits he designed.

When he graduated with first class honors in 1990 from the Royal College of Art, he set up a workshop in the basement of Isabella and Detmar Blow’s house on Elizabeth Street, Belgravia. The late Isabella Blow, an English magazine editor , wore many of Treacy’s hats and helped unveil himself as a well known designer. Blow continued to be an inspiration to Treacy for the remainder of her life. 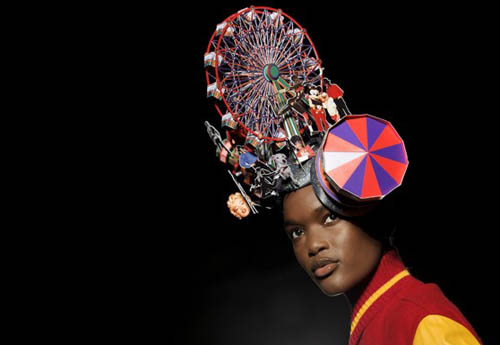 On five occasions during the early 1990’s Treacy was awarded the title of British Accessory Designer of the Year at the British Fashion Awards. He has designed hats for Alexander McQueen, Karl Lagerfeld at Chanel, Valentino, Ralph Lauren and Donna Karan along with various films including some or all of the Harry Potter films and Sarach Jessica Parker’s hat for the film premiere of Sex and the City.

Treacy states, “A hat is a positive symbol. A good hat thrills observers and makes the wearer feel like a million dollars.”

In Britain, the tradition has stayed strong. “Hats have long denoted status,” says Oriole Cullen, curator of a Victoria & Albert Museum 2009 hat exhibit that has since gone to Australia and heads to New York in September. “Up until the 1950s, a woman wasn’t even considered properly dressed unless she was wearing a hat and gloves.” 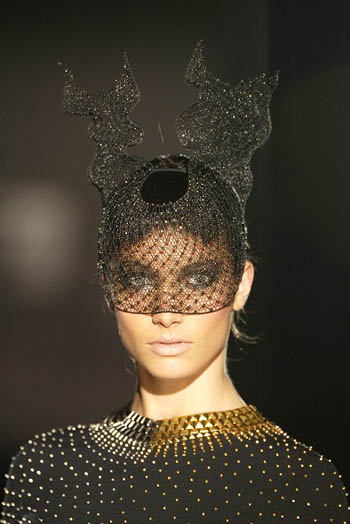 Royals have long been photographed wearing hats. The Queen has a special liking for feathered creastions. Top hats and tails are often worn by prime ministers and lawmakers and events such as posh rowing, horse racing and cricket are patronized by royalty sporting hats.

Choosing the right hat is key and can take anywhere from hours to weeks to make. Clients often bring details of the type of event they will be attending, sketches or swatches of fabric they will be wearing, along with accessories and other dettails. Some of Treacy’s creations can cost more than $1,000.

“When you meet someone, you meet their face,” Treacy said. “It’s the most potent part of the body to embellish.” “We all have a head so everybody has the possibility to wear a hat.”