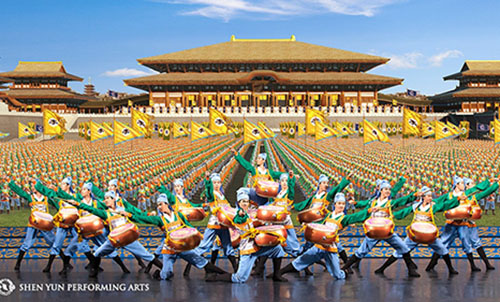 I had the honor of seeing a Shen Yun performance. The 2017 show season marks its 10th anniversary world tour. It was spectacular and truly portrays genuine Chinese culture that cannot be seen anywhere else. Shen Yun has performed in sold out theaters all around the world. From the first act to the last, it was an amazing performance.

The show was established in 2006 by a group of talented Chinese artists. Genuine Chinese culture has become a lost art in China. As a result, Chinese artists banded together to try to revive the traditions and share with the world.

The show is a blend of culture, incredible dances, musical numbers, timeless stories and also includes a live orchestra. Classical Chinese dance becomes the vessel to tell a fascinating story, covering 5,000 years of Chinese civilization. Now it becomes a way for the modern world to appreciate China’s traditional values.

One of top crowd pleasers was how Shen Yun integrated technological innovation with ancient legends. The full stage backdrops complimented each performance perfectly. The backdrops were animated, so it appeared performers were morphing both to and from the stage with the backdrop. A creative, special effects method right from Hollywood. One moment you are in the snow covered mountains for a Tibetan celebration. Next go back to a peaceful time in the grasslands with Mongolian horsemen.

The performance is broken into two main sets, with a 15 minute intermission. All of the dance segments are brilliantly choreographed. The talented dancers wear colorful, traditional Chinese costumes. These beautiful, handmade costumes add just as much importance to each routine, as the dancers themselves.

Each dance number highlights a group of very talented dancers. Their moves are graceful, effortless and always in unison. Each number was a fine balance of grace and beauty, along with incredible gymnastic tumbling moves. Classical Chinese dance has lived in for many generations via ancient theater, folk traditions, as well as imperial court performances.

Chinese culture has long been driven by Buddhist, Taoist and of course Confucian teachings. Therefore, Shen Yun has perfectly integrated those wisdoms in its show. Key virtues such as justice, loyalty and benevolence are taught and become the foundation of each Chinese person. The hope is good will be rewarded and evil actions appropriately punished. 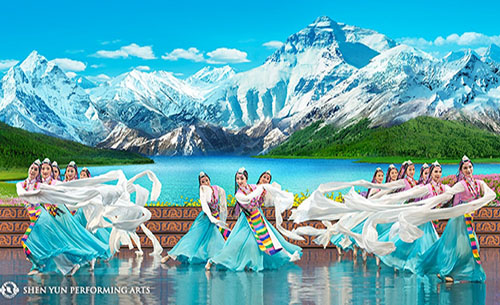 What I enjoyed was the pace of the show. Even during the slower, artistic performances, the show had a driving energy that the audience could feel. From the stunning scenery, creative choreography and live music, Shen Yun conveyed a energetic vibe that resonated throughout the theater.

Many live theatrical shows only use soundtracks. But Shen Yun has a live orchestra and included many traditional instruments. The musical score seamlessly fitted the theme of the show. It never overpowered and never underwhelmed. The audience was introduced to traditional Chinese music that most had likely never even heard before. All of the music played is original and influenced by China’s rich history and culture.

Shen Yun also presented live singers and musical performances. Accompanied by a talented pianist, both a male and female sang beautiful numbers. In addition, a woman played an erhu. This traditional Chinese instrument has been around for over 4,000 years. Similar to a small cello, but it only has two strings. The sounds were harmonious and brilliantly played.

A male and female walk out on the stage after each number, to narrate and introduce the next act. We learn that the current Communist Party in China does not allow authentic culture to be performed. They fear this culture as a direct threat to their power. Although Shen Yun has performed in front of millions of people all around the world, it has surprisingly never been seen in China. 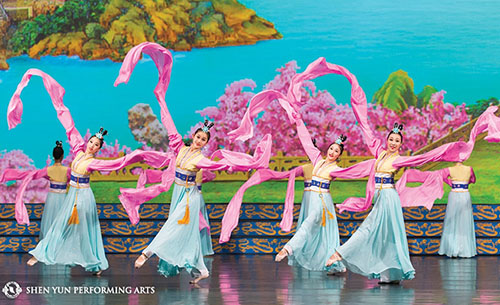 What was interesting to learn, was that the show’s performers are spiritually inspired by meditation and self improvement techniques. The practice is called Falun Dafa. The performers brings together both meditation and study into their daily lives. As a result, their on stage performances appear more genuine and they truly enjoy what they do.

If you are looking for an uplifting and dazzling performance, makes plans to see Shen Yun yourself. Become more educated about ancient Chinese wisdom and the country’s rich culture. Learn that both earth and heaven live as one – in harmony.

The Life of Luxury has access to theater shows such as Shen Yun all round the world, including many VIP experiences. Please return to follow our popular luxury blog for more entertainment stories and industry news