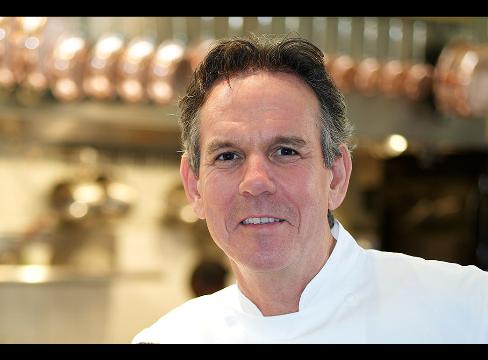 Ever wanted to rub elbows and chit-chat with your favorite chef?  You could have had your chance a few weeks ago, in scenic Pebble Beach, California.

More than 3,000 people attended the four day event, paying as much as $4,750 per person to eat and meet one of 133 world’s famous chefs and sommeliers.

You could have watched Thomas Keller glaze vegetables, maybe see Jacques Pepin slather caviar on a blini, and get up close and personal with the Mondavi family.

This was the first-ever Pebble Beach Food & Wine event, triple the size of its long-running predecessor, the Masters of Food and Wine at the nearby Highlands Inn.

“People are more educated about food and wine than ever before,” says organizer David Bernahl.

Epicurean obsession may have started with the Food Network, which he calls “a gateway drug,” but now “people have surpassed Rachael Ray and Paula Dean. They’ve moved on to the hard stuff – they’re making foam at home or at least know how to order it in a restaurant. I have more friends who discuss their culinary experiences than what happened at the basketball game.”   Full article