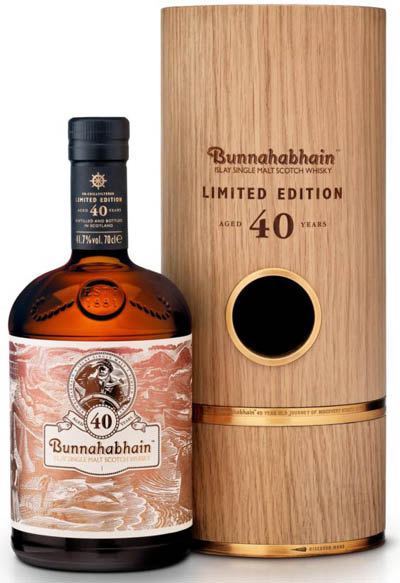 Bunnahabhain recently announced it will release a one-off rare single malt that discovered after four decades later in its Islay distillery, located on the north-east of Scotland.

The company’s distillery plans to release only 750 bottles. Each bottle will be hand signed and individually numbered.

Master Distiller, Ian MacMillan, discovered the casks of the rare whisky quietly matured were listed in the ledgers of the distillery.

The ‘Turney’ whisky casks were initially filled with the precious Bunnahabhain malt over 40 years ago by eminent Glasgow wine merchants, J G Turney.

Ian MacMillan, was quoted, “It was an exhilarating moment to stumble on such a special find. There
are very few 40 year old Islays and unlike any other, Bunnahabhain’s taste is considered unique because the distillery does not heavily peat the fine malted barley.”

This great tasting malt whisky makes the perfect addition to any party or social gathering. Also make it a holiday gift for that special person in your life. He or she won’t be disappointed.