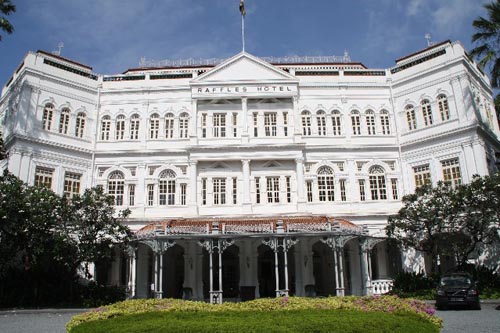 Raffles Hotels & Resorts is an award-winning, luxury international hotel company with a long history of offering luxury hotel around the world. The company opened the Raffles Hotel, Singapore back to 1887.

This year, Raffles Hotel Singapore is proud celebrates its 125th anniversary. To honor this achievement, they are introducing iconic timepieces.

The luxury Raffles Hotel Singapore has long been closely associated with Singapore. The hotel was originally named after Sir Stamford Raffles, who was the founder of Singapore.

With modest beginnings as a small 10-room bungalow, Raffles has became an iconic luxury hotel in Singapore and has hosted many important clientele such as tycoons, rogues, adventurers, movie stars, authors and journalists.