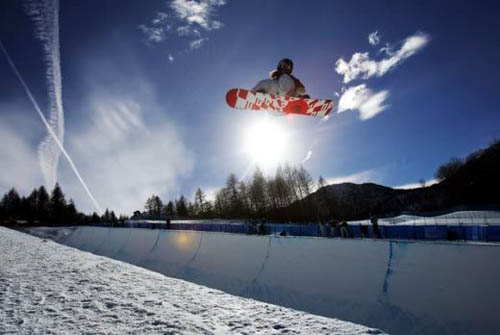 You may not have heard of Pure Four Hundred, TOAST, or Bookem Danno Productions, but you’re certainly familiar with their work.  They are the teams behind Superbowl’s celebrity-filled Maxim Magazine red carpet events.

The goal of the Pure Four Hundred TEAM is to raise much needed funds for the continued training and development of the US Ski and Snowboard teams.  Unlike other major countries, the US Ski and Snowboard teams actually do not receive government support to train their athletes to compete in the Winter Olympics.  Each company sponsorship will help contribute to the USSA team and place their brand before an elite and esteemed group.

The upcoming 2012 Pure Four Hundred TEAM will be held from Wednesday July 18 through July 21, with some of the top Olympic athletes in the world.  The eventful four days include grand receptions, tours of the USSA National training facilities, meet-and-greets with the athletes, gourmet dinners, luxury wine and whiskey tours and tastings.  Of course, they wouldn’t leave out what the Pure Four Hundred is about, the sport.  The sponsorship also includes bobsled runs, golf, hot air balloon tours, and aerial ski shows.

Rapidly becoming the hardest and hottest ticket to get for the event will be the Pure Four Hundred White Party.  The White Party will be an unprecedented outdoor white carpet event (all-white attire suggested), and the toast event of a Park City summer.  Numerous athletes, musicians, and celebrities will host this extravagant event.  Limited to 400 guests and VIPS, it will include costumed models, custom-designed venues, sophisticated décor, an intimate dance floor, the hottest DJs and musical performers.  Additionally, there will be a unique and intimate private VIP area overlooking the entire event.

The White Party will be held on Friday, July 20, third day of the extravaganza.  Aside from being “the place to see and be seen,” the Pure Four Hundred White Party will also benefit the USSA, that is also based in Park City at The Center of Excellence.  Cost to just attend the party is $400 for the VIP ticket and $250 for a general admission ticket.  If you’re a winter sports enthusiasts, a thrill-seeker, a fan wanting to meet the athletes, or simply just want to contribute to the great Olympic athletes, this is the ideal event for you.