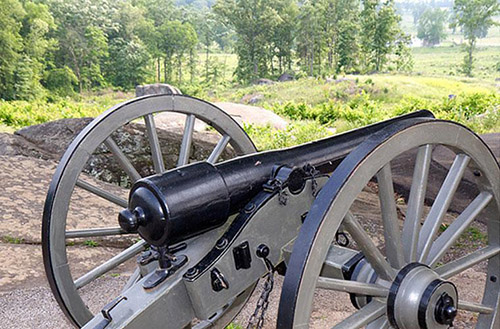 As winter gets closer and the holiday season is underway, it’s time for a unique travel experience. There are many Civil War sites across the U.S. that pay honor to the men, women and children that lost their lives during that epic war. The 1860’s come alive once more with activities at numerous Civil War historic attractions.

The Civil War Trust is the premier battlefield preservation organization in the United States. They are devoted to protecting America’s hallowed battlegrounds. Now you can walk in the same steps of those brave soldiers, who died for their country.

Ad the weather gets colder, you can just imagine how difficult it was over 150 years ago. The Civil War was fought between April of 1861 to May of 1865. It began when the Confederates in the South attacked Fort Sumter in South Carolina. Casualty numbers were hard to track back then. It’s been estimated that during the Civil War, about 620,000 people died. That figure is provided by the Civil War Trust. Regardless, that is a staggering number and does not even count the number of soldiers who were wounded.

For an amazing journey in history, you can now experience an authentic view of the battlefields and Civil War stories. As a result, the Civil War Trust has provided a list of ten activities at the following historic attractions:

December 2-3: Holly Walk at Morristown, Morristown, New Jersey
Visit Morristown National Historical Park to see many of the historic sites decorated for Christmas, including the Ford Mansion. Each site will offer special programming created just for Holly Walk weekend. Morristown is the site of the 1779-80 winter encampment of the Continental Army under General George Washington. Learn more.

December 2, 3, 9: Christmas Activities at Prairie Grove, Prairie Grove, Arkansas
Recognized nationally as one of America’s most intact Civil War battlefields, Prairie Grove Battlefield State Park was the site of the last major Civil War engagement in northwest Arkansas. On December 2 & 3, experience the merry traditions of pre-war Arkansas first-hand with food, songs, decorations, crafts, and more during this antebellum Christmas event. On December 9, the park will share some Ozark lore and legend during special craft and decoration lessons, including wreath, ornament, and fruit string tutorials. Learn more.

December 9: Christmas through the Ages at Fort Gaines, Dauphin Island, Alabama
Experience a Christmas of “days gone by” at a 19th-century fort best known for its role in the Battle of Mobile Bay during the Civil War. As you learn about historical Christmastime from soldiers of the 1700s through the 1900s, children will have the chance to make seashell ornaments and other decorations. Learn more.

December 9: Memorial Illumination Ceremony at Wilson’s Creek, Republic, Missouri
Wilson’s Creek National Battlefield presents the 14th Annual Memorial Illumination Ceremony, featuring more than 2,539 luminaries, representing those killed, wounded, or missing at the 1861 Battle of Wilson’s Creek, the first major Civil War battle fought west of the Mississippi River. Living history volunteers, carolers, and re-enactors at the Ray House will bring the past to life, and music, refreshments, and information will be provided at the visitor center. Learn more.

December 10: Holiday Open House at Appomattox Court House, Appomattox, Virginia
Fought on the morning of April 9, 1865, the Battle of Appomattox Court House was one of the last of the Civil War. It was after this battle that Confederate Gen. Robert E. Lee surrendered his Army of Northern Virginia to Union Gen. Ulysses S. Grant in the McLean House, signaling the end of the war. On December 10, visit Appomattox Court House National Historical Park to see the village decorated with period holiday decorations. Refreshments will be served. Learn more.

December 10: Holiday Open House at Fort Meigs, Perrysburg, Ohio
During the War of 1812, two victories at Fort Meigs ushered in a period of American successes that would secure the Ohio frontier. On December 10, re-enactors portraying War of 1812 soldiers and civilians will be onsite to provide demonstrations and answer questions about the War of 1812 and camp life. Enjoy holiday music, refreshments, and hands-on activities. Learn more.

December 16: Christmas at Bennett Place, Durham, North Carolina
The site of the largest surrender of Confederate soldiers during the Civil War, Bennett Place State Historic Site was where Confederate Gen. Johnston and Union Gen. Sherman met to sign the surrender papers in April 1865. On December 16, visit Bennett Place to learn how the holidays were celebrated during the Civil War. There will be living historians on site, weapons demonstrations, cooking demonstrations, and craft stations throughout the day, as well as a visit by Old St. Nick for the children. That evening, take a guided candlelight tour around the historic farm to watch and listen as soldiers and civilians celebrate the holiday. Learn more.

December 16-17: A 19th Century Christmas at Ellwood Manor, Locust Grove, Virginia
On Saturday, December 16, head to historic Ellwood Manor in Fredericksburg and Spotsylvania National Military Park to visit with a Victorian-era Santa, make period arts and crafts, and enjoy the beautiful period decorations. The next day, the circa-1790 house will open again with live period music provided by Evergreen Shade. Ellwood Manor was used as a field hospital after the Civil War’s 1863 Battle of Chancellorsville and headquartered a Union general when the Battle of the Wilderness was fought a year later, in 1864. Learn more.

December 17: Christmas at Chatham Manor, Fredericksburg, Virginia
In 1862, General Ambrose E. Burnside crossed the Rappahannock River below Chatham Manor in Stafford County, seized Fredericksburg, and launched a series of bloody assaults against General Robert E. Lee’s Confederates, who held the high ground behind the town. On December 17, journey to Chatham to visit with a patriotic Santa, learn about Christmas during the Civil War, and participate in 19th-century traditions. Educational activities will be available throughout the house, including stations dedicated to deciphering Civil War-era letters and learning about 19th-century Christmas trees. Learn more.

December 25: Christmas Day Crossing Re-enactment, Washington Crossing, Delaware
On December 25, 1776, George Washington dared to cross the Delaware River, and his brave actions led to the defeat of the Hessians in Trenton and a turning point in the Revolutionary War. On Christmas Day, join fellow citizens from around the country to see several hundred re-enactors clad in Continental military dress, including George Washington himself. Listen as General Washington delivers an inspiring speech and leads his troops across the river in replica Durham boats. Learn more.

The Civil War Trust works tirelessly to save the historic battlefields of the Civil War, Revolutionary War and the War of 1812. In addition, they educate people about the importance of each war and how the influenced the creation of our great country. So far, the organization has preserved over 47,000 acres of battlefield land in 24 states.

It’s time for you plan a luxury vacation and also consider a historical trip like visiting historic, Civil War battlefields. Let us help plan and book your next trip. Be sure to come back and follow this luxury blog.