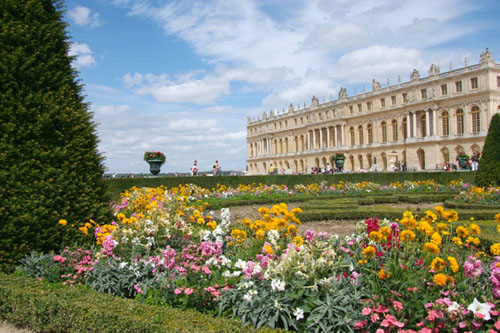 The world famous Palace at Versailles in France has housed both kings and queens from 1682 until 1790, during the time of the French Revolution. Now the French city, just outside of Paris will be the location of a new Versailles luxury hotel, although it will likely be years away from actually opening.

First reported by the French newspaper Journal du Dimanche, the Chateau de Versailles announced it had begun plans to open a Versailles luxury hotel. The site will be located on the palace ground’s south-eastern corner.

The first phase of the process is to renovate three buildings on the Versailles palace site that are quite run down. Those three buildings built in the 1680’s are named – Petit Contrôle, Pavilion of the First 100 Steps and the Grand Contrôle. Once completed, the new Versailles luxury hotel will be built within the three buildings from the 17th century.

The luxury hotel will actually be located outside the gates of the famous Versailles palace, but offering spectacular views of Versailles and the surrounding area.

It’s estimated that the initial building renovation will cost between 4 and 7 million Euros or approximately $4.484 to $7.847 million dollars. The luxury hotel will definitely increase tourism revenue

The project will go out for bid and the winner will not only get the large undertaking to build the new Versailles luxury hotel, but will also have the right to operate the hotel for a time period of 60 years.

If you get the chance to ever visit France, be sure to see the impressive Versailles palace. During the French Revolution, the palace of Versailles had all of its furnishings removed. The Tuileries in Paris then became the new royal residence of France.

Louis XVI was the last king you lived in Versailles but fleed during the French Revolution. Condemned to death for treason, Louis XVI then executed on January 21, 1793, ending a mighty reign.

The Château de Versailles was also a big part of world history. It was the location World War I officially ended. The Treaty of Versailles was signed there on June 28, 1919.

Once built, it will be an honor to stay at the Versailles luxury hotel near Paris, France. World famous and years of rich history, you’ll be able to stay on the grounds of the Palace of Versailles. The Life of Luxury can help you book your luxury travel reservation to France. Stay in VIP style and enjoy luxury amenities. Come back soon and read our luxury blog.