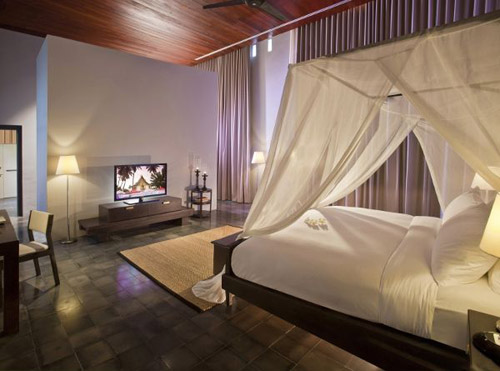 As the 2012 Academy Awards nears, it’s time to see which of the deserving Oscar nominations wins the coveted statue. We all love to watch a great Oscar film in a theater with popcorn and our favorite drink and candy.

Often what makes a movie special is the luxury destinations movies are filmed in. An Oscar film can quickly increase tourism to that destination.

We all have our favorite movies with tropical beaches, majestic mountains  or historic cities.Just like the successful history of the Oscar, here are seven nomination-worthy vacation spots you can visit.

Enjoy these film locations and discover some of the awesome resorts that call them home. Maybe you’ll see an Oscar film that’s on your favorite movie watch list.

Film: Lara Croft
Set Location: Siem Reap Cambodia
Where to Stay: Hôtel de la Paix
Video game adventurer Lara Croft comes to life in a movie where she races against time and villains to recover powerful artifacts from the ancient temples Angkor. Played by red carpet regular Angelina Jolie, Lara Croft is skilled in hand-to-hand combat, weapons training and foreign languages – and conquers death-defying dangers in tight outfits. Channel your inner tomb raider while staying at the five-star, centrally located Hôtel de la Paix Siem Reap and explore one of the most religious sites in the world with one of the hotel’s multilingual tour guides.

Film: To Catch a Thief
Set Location: The French Riviera
Where to Stay: Pan Dei Palais
Retired jewel thief John Robie, played by Cary Grant, steals the heart of Oscar-winning actress Grace Kelly in Alfred Hitchcock’s ultimate romantic thriller. The movie, by the way, is responsible for turning Grace Kelly into Her Serene Highness Princess Grace of Monaco. Whisk your love away to Pan Dei Palais, the starting set for a stylish and romantic  adventure through the French Riviera and Monaco, where you can see for yourself why the film won the 1956 Oscar for Cinematography.

Film: The Bourne Identity
Set location: Mykonos, Greece
Where to Stay: Kivotos Club Hotel
In the 2002 action thriller Jason Bourne finally tracks down Marie to the Greek island of Mykonos, where she’s running a scooter rental business at Sea Satin Market in Little Venice, beneath the island’s famous windmills. Be free here with your favorite action hero on Kivotos’ private beach, set along the Aegean Sea.

Set Location: Koh Phi Phi, Thailand
Where to Stay:  Six Senses Yao Noi
Phang Nga Bay is world famous for its unique limestone formations and pristine beaches where “The Beach” was filmed starring sensational award-winning actors Leonardo DiCaprio and Tilda Swinton. Pack your bags and take your darling to get a taste of that stunning panoramic scenery viewed from the ultra luxurious hilltop reserve at Six Senses Yao Noi. Trust us, it’s irresistible.

Film: Dr. No
Set Location: Ocho Rios
Where to Stay: Jewel Dunn’s River Beach Resort & Spa
In the 1962 James Bond film, the short stretch of golden sand beach that has a gorgeous waterfall emptying out into the Caribbean is the notable Dunn’s River Falls in Ocho Rios, Jamaica. This is where the legendary scene takes place when James Bond, played by Sean Connery, first meets Honey Ryder who emerges from the water. A stone’s throw from these breathtaking waterfalls sits the adults-only, all-inclusive Jewel Dunn’s River Beach Resort & Spa, the perfect place to take your honey for a dip and dive-in movie. Jamaican jerk popcorn included!

Film: Fool’s Gold
Set Location: Out Islands of The Bahamas
Where to Stay: Pink Sands, Harbour Island, The Bahamas
A new clue to the whereabouts of a buried treasure rekindles a married couple’s sense of adventure in this 2008 adventure comedy starring Matthew McConaughey and Kate Hudson. A stay at Pink Sands is guaranteed to spark the romance in one of the resort’s cottages and estates nestled in lush gardens, steps away from the legendary pink sands beach. This one is golden. No fools here!