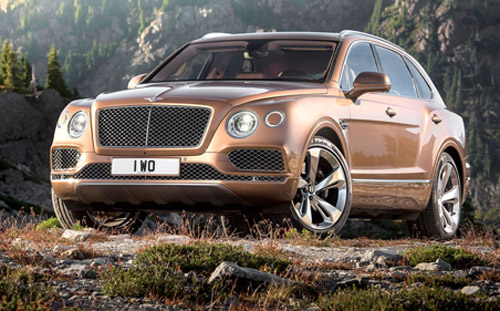 Although it’s been hinted and talked about for a while, Bentley has officially entered the luxury SUV market with the new 2016 Bentayga SUV.

Bentley has been targeting the luxury SUV market and looks to redefine the auto segment. The new 2016 Bentayga SUV from Bentley will feature a twin-turbocharged 12-cylinder engine, offering 600 horsepower and 660 foot-pounds of torque.

The British luxury car manufacturer unveiled the 2016 Bentayga SUV at the recent 2015 Frankfurt Motor Show in Germany. Bentley is promoting the new luxury SUV as the most powerful, most luxurious, most exclusive and fastest SUV in the world. Now that’s going to turn some heads!

The 2016 Bentayga is based on the Audi Q7 platform and will reach impressive top speeds – going from 0 to 100 km/h (62 mph) in about 4.1 seconds. The luxury SUV’s top speed is expected to hit 301 km/h (187 mph). Experience a VIP experience driving this blazing fast luxury SUV.

The expected price tag for the 2016 Bentayga sport utility vehicle is $229,000 and is schedule to be available in the U.S. in early 2016. Bentley now joins both the Lamborghini Urus and Rolls-Royce Cullinan with plans to soon introduce ultra-luxury SUVs.

Michael Winkler is the Bentley Motors Americas CEO and stated that the Bentayga is about “bespoke luxury.” With the incredible speeds that the Bentayga can deliver, Winkler added, “If a car is capable of that you have to remember that it has so much more reserves at 25 mph or 60 mph.” 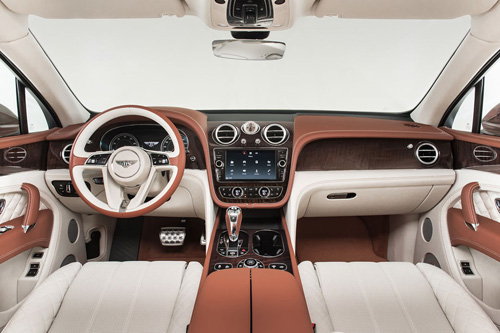 Although all the buzz in Frankfurt, Germany was about the new 2016 Bentayga, Bentley also displayed the Continental GT, the GT3 racer, the Mulsanne Speed> In addition the Bentley collection, consists of 100 accessories with the iconic Bentley brand.

Do you enjoy luxury cars like the new 2016 Bentayga from Bentley? Contact The Life of Luxury and we can assist you with your car buying process. Come back often to read our luxury blog and learn about the latest, luxury car announcements.