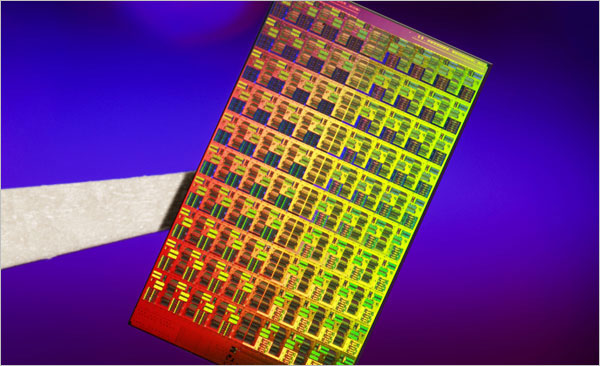 Researchers from the University of California, backed by technology titans Intel and Microsoft, said Tuesday they are embarking on a project to bring the power of supercomputers to people’s laptops and mobile devices. New research labs at UC Berkeley and at the University of Illinois at Urbana-Champaign will seek to push the boundaries of personal and business computing into the next era, when computer chips will have dozens or hundreds of cores performing different tasks simultaneously.

The technology will allow PCs to “think” more like people and perform such tasks as identifying people, recognizing and responding to speech and making video games vastly more realistic.

“My favorite example is having a cell phone in your shirt pocket, kind of peeking out,” said David Patterson, who is heading up the UC Berkeley lab. “It can recognize the face of someone approaching and can kind of whisper in your ear who it is. If it’s a student you had in class three years ago, you can say, ‘Oh, hi, Bill,’ and be a social success.”

Another application could be much better voice recognition, where a laptop could record a meeting and spit out an accurate transcript. More sonically rich music could be another result.

Megan Langer, an Intel spokeswoman, cited health benefits, such as a device that could show the impact of a meal and exercise on your cardiovascular system.

“It’s really trying to address the next generation of computing and could very easily change dramatically the way we do things and what we do with computers,” said Rob Enderle, a Silicon Valley technology analyst. “From a practical standpoint, when you start talking about artificial intelligence, one of the first areas to get applied is video games. They will get more realistic, more like people.”

Microsoft and Intel are committing $10 million to each of the two campus research labs over five years. UC Berkeley has applied for another $7 million in state and UC matching funds, and an additional $8 million will come from University of Illinois.

These efforts may well fuel the continuing evolution of computing technology. Intel’s duo-core chips, now in many computers, are simply the beginning. The company’s research prototype now has 80 cores, and there is no theoretical limit to the number, said Langer. The more cores a computer has, the faster it will solve problems, say researchers.

The challenge is keeping up with “Moore’s law,” named after Gordon Moore, a co-founder of Intel, who championed the idea of computer technology doubling performance every 18 months to two years while getting cheaper.

“The typical programmer tends to think about a problem in terms of a linear solution,” said Nathan Brockwood, a research fellow at Insight 64, a market research firm in Saratoga. “The idea of thinking about things in parallel — how you divide a task into lots of elements and make them all proceed in parallel — is something that is still alien to most programmers and even to most people who are still coming out of the universities.

“The future of the industry relies upon having more programmers that can take advantage of this new hardware architecture.”

Then computers will run cooler and use less power, enabling them to gain abilities without overheating, researchers say.

Tuesday’s announcement marks the official start of the university labs. The groundwork has been laid at Berkeley, which had a strong idea it would be selected from among 25 top-tier universities applying for the grant.

In addition to Patterson, the Berkeley lab will have seven full-time faculty members and 50 doctoral students and postdoctoral researchers.

“This is a once-in-a-career opportunity to recast the foundations of information technology and influence the entire IT industry for decades to come,” said Patterson, a professor of computer science and a pioneering expert in computer architecture.

Langer said ideas could start flowing out of the labs within 18 months, and actual products might take seven to 10 years. Analysts pointed out that it takes only one or two ideas to reach success.

“You put a whole lot of very smart people looking for a solution to these kinds of complex problems together,” Brockwood said. “They don’t all need to find a solution. You just need one or two to find a solution. Once they start to make those fundamental breakthroughs … everyone piles on.

“It’s a little bit like watching ants pile on your floor and scour your food. It’s not like all the ants need to find the food. But they’ll all be there.”