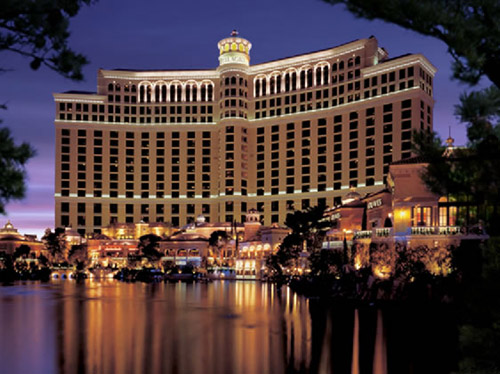 MGM Resorts International recently received 28 esteemed AAA Four and Five Diamond Awards for its luxury resorts and fine restaurants. These awards continues to solidify the company’s position among the world’s most elite.

The company was the recipient of seven prestigious AAA Five Diamond Awards, including two resorts at CityCenter which opened their doors less than a year ago.

“The AAA awards are the gold standard by which all resorts and restaurants are measured, providing a trusted source to help travelers determine where to stay and dine,” said Corey Sanders, Chief Operating Officer of MGM Resorts International. “We are honored to receive 28 Four and Five Diamond Awards, acknowledging our company’s continued commitment to excellence and affirming the experience guests can expect to enjoy at these resorts and restaurants.”

The impeccable service, accommodations and fine dining at CityCenter’s ARIA Resort & Casino and Mandarin Oriental, Las Vegas have earned both properties Five Diamonds, an exceptional feat only accomplished by a small group of distinguished hotels, and of these, only a select few received the honor within the first year of operation. In addition, Sage at ARIA was named CityCenter’s first Four Diamond restaurant.

Bobby Baldwin, CityCenter’s President and CEO, said, “From inception to operation, our goal with CityCenter was to create a resort destination that provides guests with services and amenities unmatched in the world. To receive the highest honor in the industry with the AAA Five Diamond Award is a reflection of our commitment to this promise and to delivering unforgettable experiences for each guest from arrival to departure.”

Michael Geeser, AAA Nevada spokesperson, was quoted, “Once again, MGM Resorts International has set itself apart with its exquisite restaurants and resort hotels that are known for the highest quality and service.”