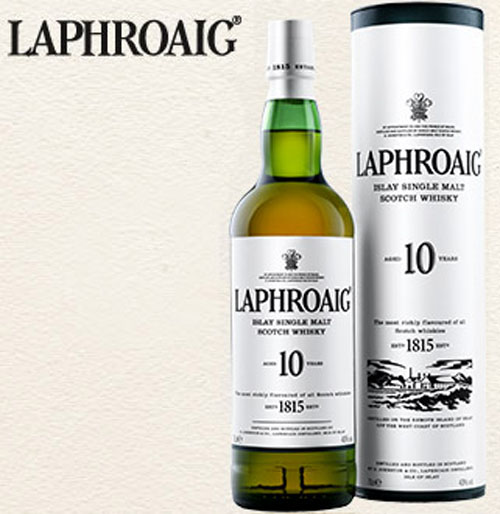 Laphroaig® was first founded way back in 1815 and has developed a strong reputation for their unique tasting, peat-smoke flavors. The flavor is derived by burning local Islay peat, which contains unique traces of seaweed and heather.

Laphroaig Scotch Whisky was born from the clear streams and blue peat smoke of Islay, Laphroaig. It’s definitely a Single Malt Scotch Whisky with a distinct taste and story in every bottle.

A bottle of Laphroaig® Scotch Whisky can make a perfect Valentine’s Day gift or anytime of the year for someone who loves a fine, Single Malt Scotch Whisky.

Non-Age-Statement is a scotch that isn’t given an age statement on the bottle, has been increasingly popular. Laphroaig® Quarter Cask was one of the first non-age-statement scotches available and would an ideal gift for your boyfriend, husband or partner. Laphroaig Quarter Cask delivers a deep, complex taste of Quarter Cask, which is aged first in American oak casks. The scotch is then transferred into a smaller, quarter cask so that 30% more of the spirit comes into contact with the wood. Price is $54.99 per bottle.