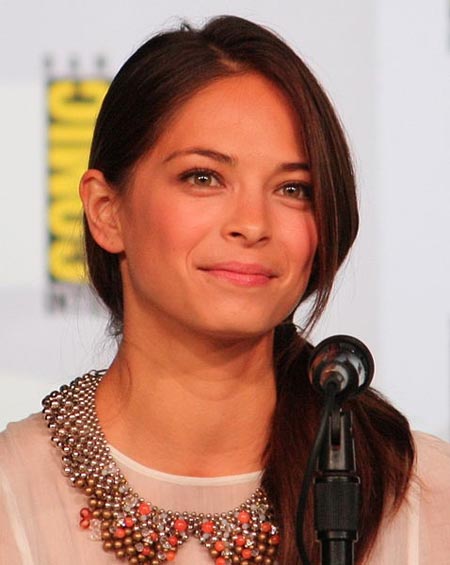 Kristin Kreuk wasn’t allowed to wear makeup or date until she was sixteen years old. She says her worst habit is that she is slightly anti-social.

“I really don’t use that much make up now, I’m pretty natural. I wear even less of it in the summer.”

Kristin Kreuk was the first actor cast on “Smallville”. She was second on the audition tape and the only one taken to the studio executives for approval.

In an interview, Kristin Kreuk said that she had no problem with showing skin. “I think Tom Welling is a little embarrassed when it comes to showing skin”.

Spokesperson for Neutrogena products worldwide, in early 2005, she renewed her contract for an additional two years, making her the longest-running spokesperson in the company’s history.

Kristin Kreuk continues, “Someday I’d like to do some real traveling. I’m obsessed with Brazil and I’ve always had this dream of backpacking through South America.”