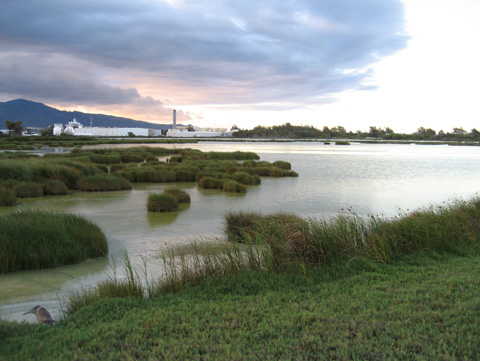 The Kanaha Pond State Wildlife Sanctuary on Maui, was once a royal fish pond. Known in Hawaiian history as the twin ponds of Kapuoho in honor of King Kapiiohookalani.

King Kapiiohookalani started building these ponds over 200 years ago for storing and fattening fish.  The twin ponds were named after his children, Kanaha and Mauoni.

The Kanaha Pond is also an important breeding location for three endangered Hawaiian birds: the Hawaiian duck, the stilt, and the coot, as well as the endangered sphinx moth.

Located on 143-acres, this preserve is a stopping point for Canadian geese as they migrate south for the winter. About 200 stilts make the two-foot-deep pond their permanent residence.

In 1951 the Hawaiian government formally designated the pond as a bird refuge. This pond was designated a registered natural landmark in late 1971.