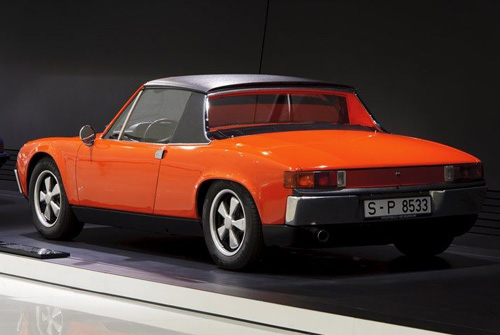 Now in its second decade, the amazing 2015 Amelia Island Concours d’Elegance is scheduled between March 13 and 15. It will once again be hosted on the 10th and 18th fairways of The Golf Club of Amelia Island at The Ritz-Carlton, Amelia Island.

This event is a popular car show where enthusiasts can enjoy walking around and viewing some of the finest classic cars in the world. At this year’s 20th Amelia Concours d’Elegance, get a chance to see a Porsche 914, which was the luxury brand’s first mid-engine production car. Also view one of only eleven 916 models ever produced.

The iconic Porsche 914 sports car was first designed utilizing a Volkswagen-sourced air-cooled flat-four and a mid-engine configuration. The The 914 project began as a joint venture between Porsche and Volkswagen. Porsche was searching for an entry level replacement for the four-cylinder 912. The 914 became commercially viable leveraging the economies of scale through the production partnership with Volkswagen.

Porsche had a long run dominating racing venues. The new 914/6 quickly into the traditional Porsche role of “giant killer.” During IMSA’s 1971 IMSA GT championship calendar, the 914 won half the races. It was up against the much larger and more powerful Corvettes, Mustangs and Camaros.

Bill Warner is the Founder and Chairman of the Amelia Concours d’Elegance and stated, “The 914 is a true Porsche with pure Porsche DNA,”

said Warner. “The 914 was raced and rallied successfully all around the world and, like the 911, a cult has grown up around it. It’s time the 914 had its day in the sun.”

In luxury car showrooms around the world, the Porsche 914 quickly outsold its more expensive Porsche 911. The 914 was recognized for its technological advances, featured solid handling and the incredible Porsche brakes of the 914/6.

To attend one of the top automotive events in the world, let us book your reservation to this year’s 2015 Amelia Island Concours d’Elegance car show and see the iconic Porsche 914 sports car. Come back to read this luxury blog and hear about other luxury car news.