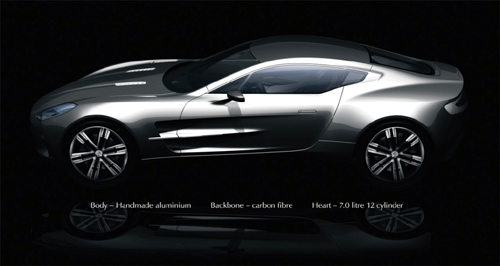 It looks like there’s a changing of the guard in luxury car market.  The Bugatti Veyron is no longer the most expensive car in the world. The Veyron also lost its spot as the fastest car.

That most expensive car title now goes to the One-77. It’s a $2.3 million hand-made coupe that Aston Martin will sell next year.

Rumor is that no more than 77 cars will be built, a figure that makes Bugatti’s run of 300 Veyrons look mass-market and just beats the 80 Veyron roadsters in exclusivity.

“It’s a very special car for customers who want to take the bespoke experience to a higher level,” company chairman David Richard told Autocar. “Every car will be entirely individual.”

Aston Martin isn’t saying much about the One-77, a codename for the as-yet-unnamed coupe, but the project started about 15 months ago.

Aston Martin has identified about 500 potential customers for the One-77.

Those figures are well short of the 253 mph and 2.5 seconds the Bugatti has hit, but Aston Martin CEO Ulrich Benz says the company isn’t “doing a Veyron.”