Follow the footsteps of Hannibal on a European Cycling Tour 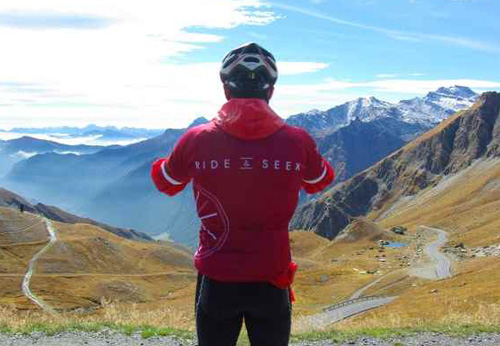 Avid cyclists enjoy the traveling aspect of the sport, often as much or more than the exercise they receive. We wanted to share an incredible opportunity. Now you can follow the footsteps of Hannibal on a European cycling tour.

Hannibal Barca lived in the second and 3rd century B.C. He was military commander from Carthage. He had a brilliant military mind and is widely respected as one of the top military commanders ever. He’s most famous for his battles versus the Romans during Second Punic War. He commanded the powerful Carthaginian army and trekked through southern Europe and the Alps with a team of elephants.

This incredible, European cycling tour lasts 28 days and will take you through the countries of Spain, France and Italy. The tour dates of the “Hannibal Expedition” are scheduled from September 3, 2016 through September 30, 2016. Although this race will the very challenging, it will give you a greater respect for what Hannibal had to endure.

Sam Woods is the co-founder of Ride and Seek. He gained inspiration for this epic, European cycling tour working on a BBC documentary that covered Hannibal’s Trail. Co-founder Dylan Reynolds of Ride & Seek was quoted, “Join us on a ride of historical proportions as we ride in the footsteps of Hannibal from Barcelona to Rome. Cycling on some of Europe’s most iconic and picturesque bike touring routes through Spain, France and Italy, this epic journey has it all.”

Riders who participate in the “Hannibal Expedition” will travel over three iconic, mountain ranges – the Pyrenees, Alps and Apennines. You will recognize many of the same roads as they’ve been featured on both the world famous Tour de France plus Giro d’Italia bike races.

This European cycling tour will be divided into 2 stages. It’s an awesome way to have a VIP experience doing what you love. As you ride through beautiful scenery, you’ll the unique opportunity to indulge in the rich culture and history of Europe. Some of the regions you will drive though included – Catalonia, Provence, Tuscany, Languedoc, Piedmont and Umbria.

During Stage 1, you’ll start the tour in the amazing city of Barcelona, Spain. You’ll next travel through Cataluña and cross over the Pyrenees mountain range. Your next stop the quaint town of Ceret. It’s the place famous artist Picasso was born. As you head north, you’ll pass through the memorable destinations of Ventoux, Galibier, Alpe d’Huez, Agnel and Izoard. Your ends in Alba.

During stage 2, you’ll ride across the Apennines of Italy. The scenery will be magnificent! Enjoy the views of castles, vines, hilltop towns and much more. This stage begins in Piedont, then on to Oltrepo Pavese and Emilia Romagna. Foodies will love the culinary delights that await you. This region is known for delicious food. Explore Reggio Emilia, Modena, Parma and Piacenza. You arrive in the historic city of Pisa and then cycle into the scenic, Tuscany region and end in the ancient city of Rome.

Below is a summary of this ultimate, European cycling tour – “Hannibal Expedition”. You can choose to ride in either Stage 1 or 2, or the entire journey.

If interested in this unbelievable, European cycling tour contact us today. We can assist you in planning and booking your European vacation. We hope you enjoy reading our luxury blog and learning about other VIP packages.