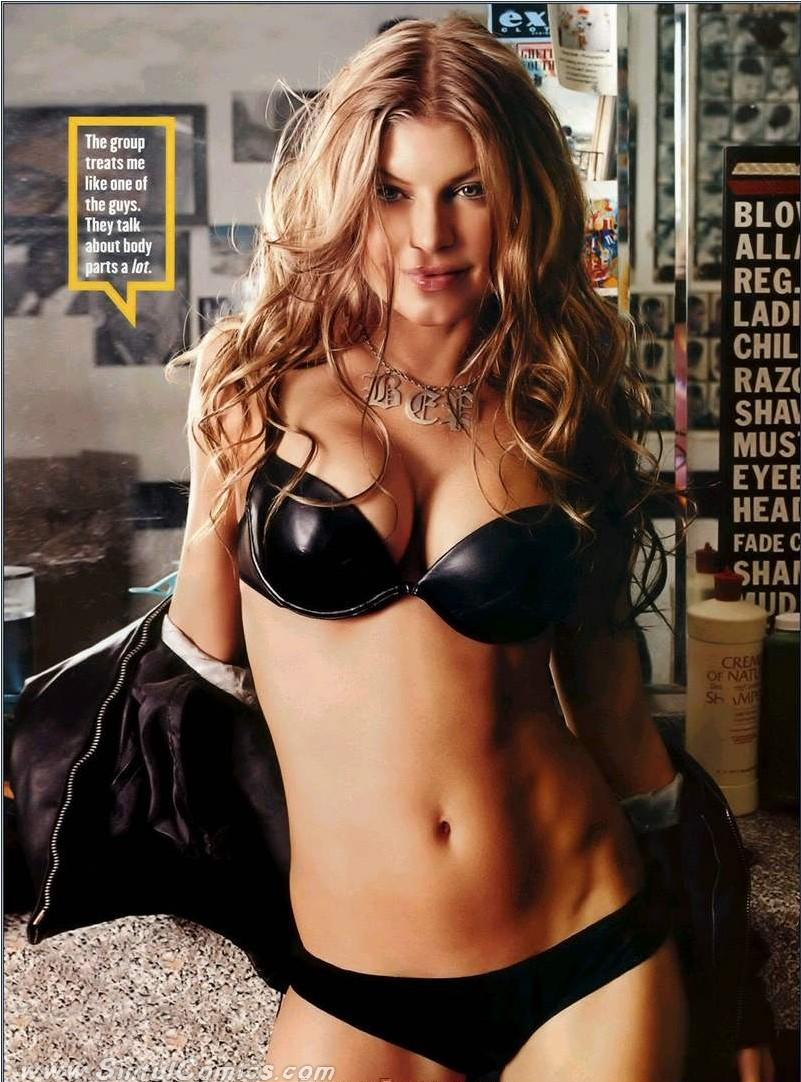 Stacy Ann Ferguson began her career in 1983 as the voice of Sally Brown in the children’s cartoon series Charlie Brown. Shortly afterwards, at the age of eight, she made her first appearance on the variety television program Kids Incorporated.

Ferguson replaced Black Eyed Peas background singer Kim Hill, who left the group in 2000. Ferguson recorded five songs with the group before she was invited to join them permanently.

Fergie released her first solo single “London Bridge” on July 13, 2006 and it reached #1 in the US music chart.

Growing up in a strict Catholic upbringing, “I’ve had lesbian experiences in the past. I won’t say how many men I’ve had sex with – but I’m a very sexual person.”

“I started doing Ecstasy. Then I got addicted to crystal methamphetamine. My weight dropped to 90lb. I lied to my friends and said I was bulimic. Finally I started going crazy. In that moment I talked to God and He said: ‘I’ve given you all these gifts, so what are you doing?’ I decided to get clean. I told everybody what was wrong.”