Discover The Many Treasures of Aschaffenburg, Germany 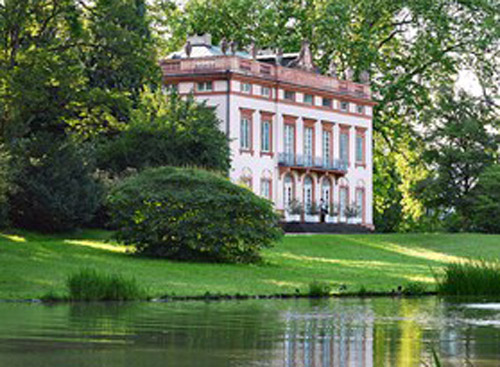 This year marks a historical point in the German city of Aschaffenburg. It celebrates its 200 year jubilee as part of Bavaria. In addition the amazing Johannesburg Castle in Aschaffenburg is celebrating 400 years.

Aschaffenburg was referred by King Ludwig I of Bavaria as the “Bavarian Nice.” It’s a beautiful city filled with rich culture and historic buildings.

Aschaffenburg is also widely known as the “Bavarian city of castles, palaces and parks.” This year will bring a wide variety of various events and exhibitions to celebrate the city’s big milestone.

Regarded as one of the most significant Renaissance castles in all of Germany, Johannesburg Castle proudly sits along the the river Main and is currently the only 4 tower castle remaining. The current castle was built by a mason from Strasbourg named Georg Ridinger. Constructed occurred between 1604 and 1615. Until 1803, the palace served as the second official residence for both the electors and Mainz. Johannisburg Castle was basically destroyed during World War II. Soon after, reconstruction began and the mighty castle was rebuilt by 1964.

Recognized as one of the earliest landscape gardens in Germany is the stately Schönbusch Palace. Beginning in 1775 on the grounds of the palace, Friedrich Carl von Erthal who was the Archbishop of Mainz, decided to have his deer park redesigned in the English landscape style. Schönbusch Park was finally completed in 1790 by Ludwig Sckell who was the garden architect. Visitors will delight in a beautiful garden setting. Discover the Temple of Friendship, the Red Bridge, the Philosopher’s House plus an observation tower. You’ll also find a small village consisting of shepherds’ cottages around artificial lakes.

Another site that should not be missed is the Pompeiianum, which is an incredible, full replica of an ancient Roman villa that was moved to central Germany. It represent the House of Castor and Pollux, which was seen in a painting that was discovered at the entrance to the ancient Italian city of Pompeii. Sadly, Pompeii was buried during a large volcanic eruption way back in 79 A.D. Pompeiianum was built between 1840 and 1848 for King Ludwig I of Bavaria by Friedrich von Gärtner.

Aschaffenburg in Germany is a city that needs to be explored at leisure, to take in all that the city has to offer. It’s rich in history, culture and offers stunning architecture.

If you would like to visit Germany and spend time in the beautiful city of Aschaffenburg, please contact The Life of Luxury. We can help plan and book your entire stay. Make your luxury travel experience a memorable one. Follow this luxury blog to read about other great travel destinations.