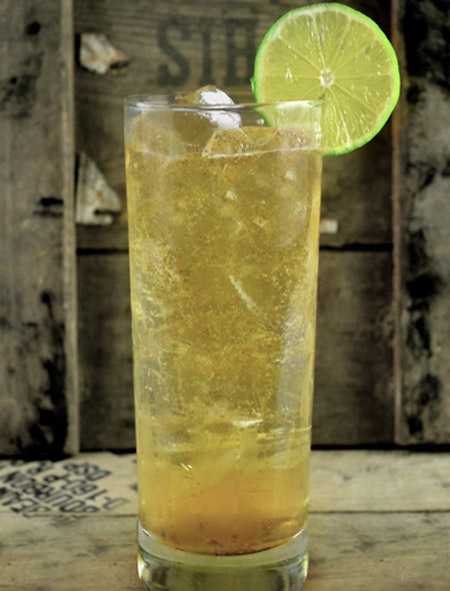 Today is not only Wednesday, July 27, but it’s also widely recognized as National Scotch Day. For whisky lovers, it’s a great time to celebrate the wonderful taste of Scotch Whisky. A top brand to consider when enjoying a Scotch drink is Laphroaig Single Malt Scotch Whisky.

To help you celebrate National Scotch Day, Laphroaig has partnered with Jordan Felix. He’s one of the top mixologists and lives in Portland, Oregon. Jordan created a smoky cocktail that’s both refreshing and innovative. Laphroaig is widely know for its unique, Islay smoke. The Taratan Select cocktail perfectly highlights the Islay smoke taste.

We are happy to share the Tartan Collins cocktail recipe.

Instructions:
– Combine all of the cocktail recipe ingredients that are listed above into a saucepan. Next bring it to a boil. Then reduce the heat until all of the ingredients are blended. Finally, let it cool for 2 hours and refrigerate before serving.

The Tartan Collins cocktail is perfect for a National Scotch Day party or any other social event. The sweet and smoky taste of this Scotch Whisky cocktail ideal will be a big hit with your party guests. Even though summer can be quite hot, this drink is surprisingly refreshing.

If you are like us, you’ll quickly fall in love with Laphroaig Single Malt Scotch Whisky. Here are three we recommend you try for yourself.

Laphroaig Select:
It’s the blend that brings the world’s favorite Laphroaig expressions together. The result is an exquisite new Laphroaig expression with an additional layer of complexity and depth. More approachable than the average Laphroaig, Select is the perfect introduction for aspiring Scotch drinkers.
MSRP: $54.99

Laphroaig 10 YO:
The best recognized of all Islay malts and Laphroaig’s flagship expression, 10 Year Old delivers a unique measure of Islay peat smoke, tangy, salt-laden air and an echo of sweetness.
MSRP: $49.99

Laphroaig Lore:
Rich and deep with distinctive smoke, peat and seaside minerality, Lore is unmistakably Laphroaig. The remarkable flavor is the result of liquid being drawn from a selection of casks including ex-bourbon barrels, first-fill sherry butts, smaller quarter casks and Laphroaig’s most precious stocks.
MSRP: $124.99

We enjoy sharing stories about the world’s best spirits such as Laphroaig Single Malt Scotch Whisky, as well as other drinks. Have fun on National Scotch Day. Follow this luxury blog for the best luxury industry news.