Best Cruise Ships of 2011 from Frommer’s 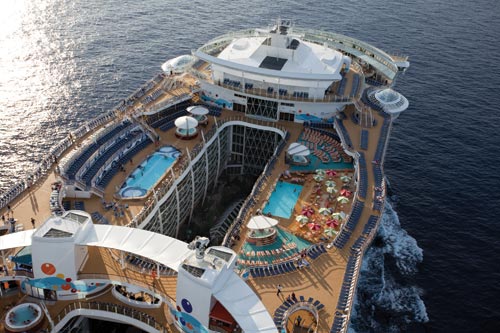 As winter begins to wind down, many people are looking forward to their upcoming 2011 vacation and enjoying a luxury cruise is tops on many traveler’s lists.

Frommer’s has long been recognized as the premier, market leader in travel guides and a definitive expert in cruises ship tours.

Frommer’s has just announced their Best Cruise Ships of 2011 list.

Available on frommers.com, you can view the travel company’s annual Best Cruise Ships list that has carefully been researched and compiled by Frommer’s resident cruise experts, Matt Hannafin and Heidi Sarna.

The Frommer’s judges praised the 225,282-ton, 5,400-passenger vessel and her older twin sister, Oasis of the Seas, for “letting light and air into the center of the ships” via a radical new superstructure design.

The judges also singled out Allure for being “undoubtedly the best entertainment ship at sea, with truly exceptional programming for both adults and kids.”