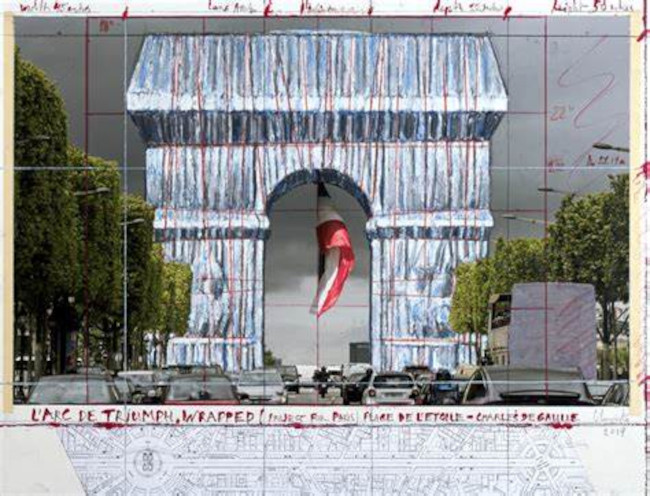 The amazing art display titled “Wrapped” is now available to view in Paris, France. Famous artist Christo had the vision to complete the mega pop-up art installation over the iconic Arc de Triomphe. The final art display was completed by his team, due to Christo’s death last year.

“Wrapped” is a a temporary art work that will be on display starting today, Saturday, September 18 to Sunday, October 3, 2021. The art exhibit was initially planned for last year. But due the COVID-19, it’s debut is a year later. The Arch of Triumph is carefully wrapped in over 269,000 square feet of recyclable polypropylene fabric. In addition, the exhibit uses almost 23,000 feet of bright red rope.

What most people don’t realize, is that Christo’s vision for wrapping actually began decades ago. In 1961, Christo met his wife Jeanne-Claude. Soon after, plans began with Christo making his first sketches and photo-montages in 1962 and 1963. In addition, Christo lives near the Arc de Triomphe, so it provides him a daily inspiration.

The impressive monument was designed by Jean Chalgrin in 1806, from orders by Napoleon and inaugurated in 1836. The inauguration is based on the sixth anniversary of the Three Glories—Les Trois Glorieuses. The might arch is 50 meters high and 45 meters in width. In addition, it is 22 meters deep. For years, the monument was the largest triumphal arch in the world. The Paris monument’s design was inspired by the Roman Arch of Titus. 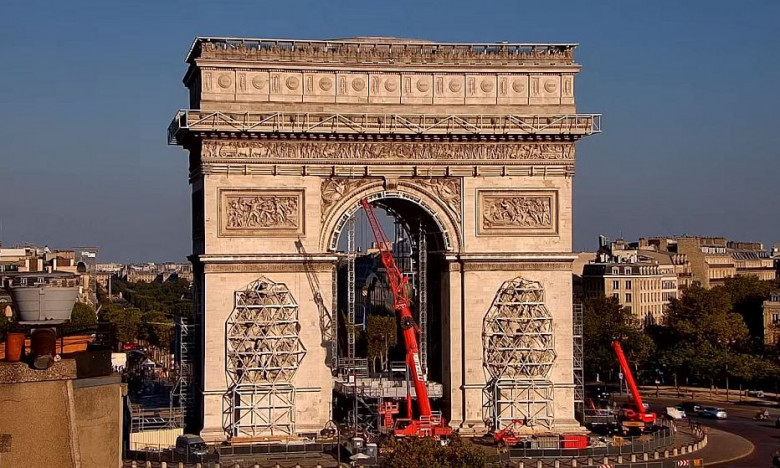 Visitors to Paris will be happy to know is the Arc de Triomphe will remain open to the public all during the wrap exhibit. Of course, the Arc de Triomphe is know all around the world and is located on the famous Champs-Élysées. The famous monument pays tribute to people who both fought and died for France, during the French Revolutionary and Napoleonic Wars. Hence, visitors, can view names of all French victories and generals inscribed on the monument’s inner and outer surfaces.

Sadly, Christo did die on May 31, 2020. He is well known for his large-scale, environmental installations created around the world. Yet, his great project was approved last year by the National Monuments Center. The organization manages the famous Arc de Triomphe plus almost 100 other national monuments across France.

Be sure to view the Christo art exhibit at the Arc de Triomphe in Paris, France. We offer the best luxury travel packages to popular destinations around the world.