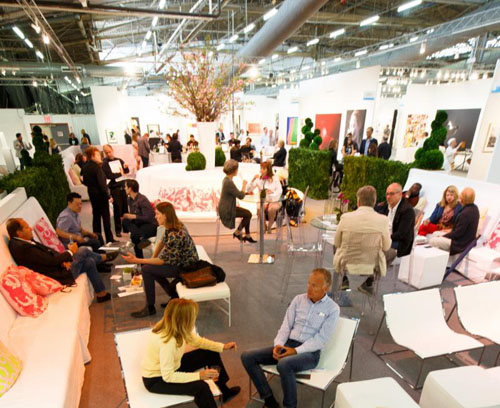 Pier 94 In New York City was the locale of the inaugural edition of Art Miami New York. The successful event ended Sunday, May 17th and showcased a wide variety of innovative installations, exhibitions and programming.

The art fair provided art lovers a chance to view a wide range of fresh, secondary market works from the world’s top artists. In addition, one would have seen previously unseen primary works from emerging to more established artists.

More than 19,500 people attended Art Miami New York. Included were greater than 5,000 art world luminaries and members of the media who attending the spectacular VIP preview held on May 14th. It gave these people an early-bird opportunity to view and purchase art pieces.

Several of the more notable pieces that sold include – Cernuda Arte (Coral Gables, FL) sold multiple artworks, including the Wilfredo Lam painting The Opened Eyes (1972) with asking price $320,000, a sculpture by Manuel Mendive, Oshen (1989), and a painting by Dayron Gonzalez, Old Man 2, which were offered at $75,000 and $22,000 respectively. In addition, Hollis Taggart Galleries (New York) sold several works from the mid-to- high six figures and including Jack Tworkov’s Ulysses (1951).

Between art critics, participating galleries, art collectors and visitors to the event, Art Miami New York was perceived as a huge success.

Director of Art Miami New York, Katelijne De Backer was quoted,“While the visitors gave us rave reviews and complimented us on the overall design and layout of the fair, it was the superior aesthetic and artistic presentations by participating galleries that were the stars of the show. Their extraordinary efforts did not stay unnoticed: collectors and curators visited steadily through the duration of the fair and sales stayed strong until the end of Sunday.”

If you would like to hear about the latest art shows and fine art industry news, return and follow this luxury blog. We also have many private art collectors and dealers that we can put you in touch with, if interested in acquiring fine art.