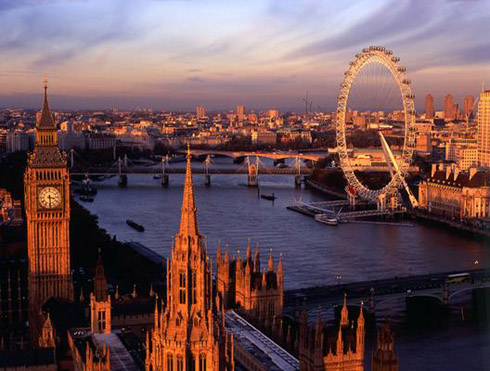 London, England is home to a large number of wonderful tourist attractions. It can often be difficult to know even where to begin once you arrive.

The rich history and amazing sights are almost never-ending. London has a lot to offer, but we’ve tried to identify just a few sights that are well worth the effort to see.

One of the first landmarks and one of London’s most modern, is the incredible London Eye. The vast ferris wheel of vision opened to the public in 1999. Despite a number skeptics who doubted the giant wheel would ever last, it’s gone on to become one of the world’s most popular tourist attractions.

Another main attraction of London is St Paul’s Cathedral. It is a monument to the renaissance style of architecture, redesigned and rebuilt by Sir Christopher Wren in 1668, just after the great fire of London. This stunningly beautiful cathedral is located at the top of Ludgate Hill. St Paul’s Cathedral proudly stands today as Britain’s most iconic building.

Although it’s graces the mighty Thames River, the victorian Tower Bridge has a dark and gruesome history. In the past, the Tower of London has been a prison and place of execution for London’s own people. The Tower of London was initially built by William the Conqueror as an attempt to keep London’s wild-side under control.

If you’re looking for a little artistic flair, then visit the impressive Tate Modern. Tate Modern is the modern art capital of England and displays works many famous modernist artists such as Picasso, Dali, Matisse, and of course … Andy Warhol.

London’s Natural History Museum was designed by Alfred Waterhouse and built in 1881 using Victorian building techniques. The museum was originally constructed to store the growing number of natural history exhibits in the British Museum. But due to the large amount of pieces, the Natural History Museum has grown into the enormous museum it is today.

Of course, there are numerous other landmarks to see while in fabulous London. Take the time to visit as many as you can and absorb the city’s rich history and British culture.