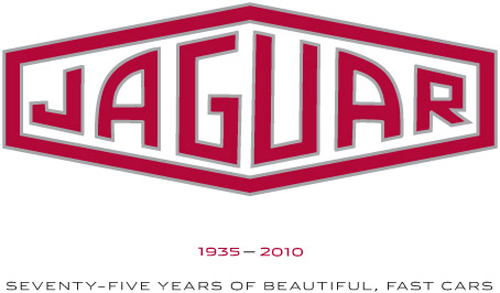 Jaguar has sponsored various events all year round, as 2010 celebrates the 75th anniversary of the luxury British car maker.

September 23rd marks the actual day of their 75 years as an integral part of British heritage.

In celebration, a group of 75 individually-numbered, iconic Jaguars from across the years will make a historic two-day journey. The tour started from Coventry on Friday and ended at Goodwood the 18th.

There was a memorable stop at London’s May Fair hotel on the way. This is the site of the original Jaguar model launch in 1935.

Most of the cars that took part were privately owned and driven by their respective drivers, and also joined by some of the most famous cars from Jaguar’s own heritage collection, including the E-Type, C-Type, pre-war SS Jaguar saloons and a selection of its latest models.

Jaguar also launched an iPhone and iPad app that charts the 75 years of the British marque’s history. You can find the new Jaguar app on iTunes by searching “Jaguar 75” or by Clicking Here.

The new “Jaguar 75” app pulls together a host of materials that tell the company’s story of making beautiful fast cars over the past 75 years through the people and machines that have made it a British motoring icon – including the SS 2.5-litre Saloon, XK120, C-Type, D-Type, XKSS, MKII, E-Type, XJ13, XJ6, XJ-S, XJR-9, XJ220, XK8, XK, XF and XJ.