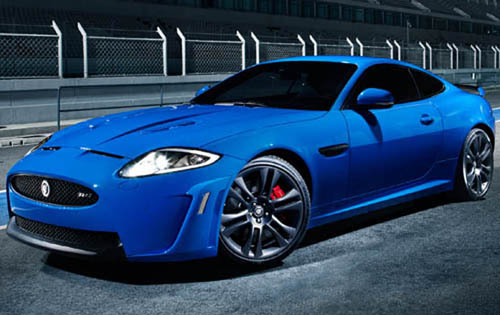 The new 2012 Jaguar XKR-S Coupe is the ultimate driver’s car. This 2012 luxury car line from Jaguar is impressive and the new Jaguar XKR-S is not only the fastest Jaguar ever, but also the most agile and responsive.

The 2012 Jaguar XKR-S Coupe loaded with both power and luxury, the perfect blend for luxury motor enthusiasts.

The Jaguar XKR-S features 550hp from a massive but efficient 5.0L Supercharged V8, and 502 ft-lb of torque to throw you into the driver’s seat.

The new Jaguar XKR-S Coupe was completely redesigned, both the exterior and interior. Several upgrades include: Carbon Fiber splitter, CF rear diffuser and Leather Performance Seats – give it that exotic Jaguar look and feel.

Additional high-tech features include Smartphone Connectivity integrated into the cockpit’s touchscreen and the Intelligent Venting System that rapidly alters the cabin temperature based on the climate.