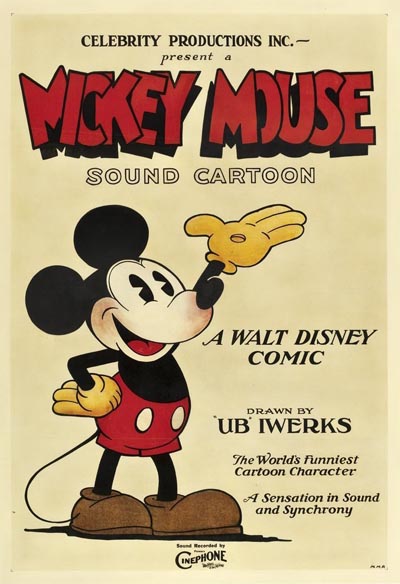 For Disney lovers, now’s your chance to own an iconic piece of history – a 1928 movie poster of Mickey Mouse.

Grey Smith who is the director of movie poster auctions for Dallas-based Heritage Auctions, said the poster was made the same year Mickey Mouse was created by Walt Disney.

Smith was quoted in a news release, “The first 12 Mickey cartoons were distributed in 1928 and 1929 by Celebrity Pictures, a very low-budget distributor. This is very likely the only Mickey Mouse poster created until 1930 when Disney cartoons began to be distributed by Columbia Pictures.”

The Mickey Mouse was owned by Crowell Havens Beech from Chico, California. He bought it in 1988 and kept it a secret until just before he passed away in 2010 at the age of 86. He told his daughter about it. Tracy Leighton stated, “I didn’t even know he had it.”

The Mickey Mouse movie poster will be up for auction both online and in Dallas, Texas on November 29. The poster is expected to have an estimated value of $20,000 or more according to Heritage Auctions.
Source – Sacramento Bee