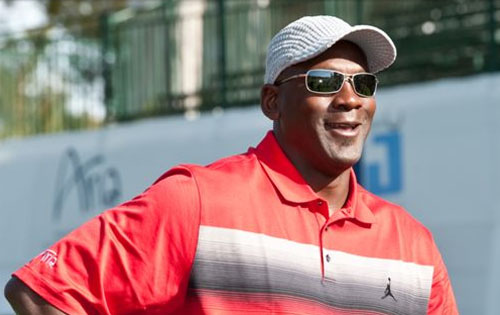 Tickets are now on sale for the 12th Annual Michael Jordan Celebrity Invitational (MJCI) golf event in Las Vegas, April 4-7, 2013. The beautiful ARIA Resort & Casino located on The Strip is hosting the four-day event which will be held at Shadow Creek golf course.

As in previous years, this four-day tournament and celebration attracts the biggest names in sports and entertainment while raising money for charitable organizations which include Make-A-Wish Foundation, James R. Jordan Foundation, Opportunity Village, and Cats Care, the NBA’s Charlotte Bobcats’ charity arm, as well as the participating celebrities’ charities of choice.

The following events are scheduled with additional festivities surrounding the Saturday and Sunday competition, as well as celebrity participants and guests, to be announced in the near future.

April 4-5: One celebrity golfer will be paired with four amateur participants for the first of two rounds of the Celebrity-Amateur Competition.

April 7: The second and final round of the MJCI will be played.

Michael Jordan said, “2012’s event was an amazing weekend for the tournament’s guests, partners and fans. As always, the hospitality at ARIA exceeded all expectations, and Shadow Creek proved as beautiful and challenging as ever. I’m excited for yet another successful tournament and look forward to spending time with friends while raising funds for some great causes.”

Tickets for the 12th Annual Michael Jordan Celebrity Invitational (MJCI) are on sale and available at all 10 MGM Resorts’ box offices and concierge desks in Las Vegas, and online at arialasvegas.com, mjcigolf.com and shadowcreek.com or call (877) 253-5847 for more information.

Please use the Contact Form below to submit your Las Vegas travel request. We will promptly get back to you.