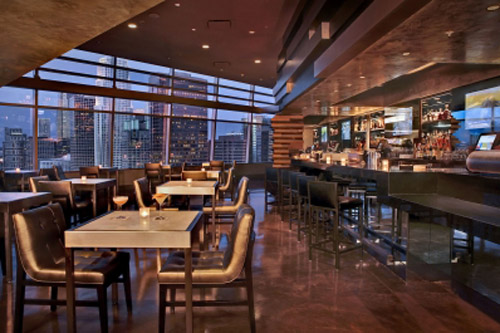 This is a winning combination. The Ritz-Carlton, Los Angeles and celebrated Chef Wolfgang Puck collaborated to offer the ultimate in fine dining to L.A.

Wolfgang Puck is one of our country’s most esteemed chefs, and WP24 will feature refined Asian fare, against a backdrop of the stunning Los Angeles skyline.

Wp24 is located on the twenty-fourth floor of the newly opened and luxurious Ritz-Carlton, Los Angeles.

“I am thrilled to be partnering with The Ritz-Carlton again and to be a part of the first luxury hotel to open downtown,” said Wolfgang Puck. “Given my longstanding relationship with the city of Los Angeles, it is an honor to continue my involvement with the renaissance of downtown, especially L.A. LIVE.”

WP24 will showcase panoramic views of downtown Los Angeles and the surrounding area. In addition to a spacious dining room and lounge, the restaurant will feature a wine cave and two private dining rooms.

“We know that WP24 by Wolfgang Puck will provide an extraordinary experience for both our hotel guests, residents and the local Los Angeles dining community,” said Javier Cano, general manager of The Ritz-Carlton, Los Angeles. “Wolfgang Puck is a culinary pioneer who continues to innovate and captivate diners worldwide.”