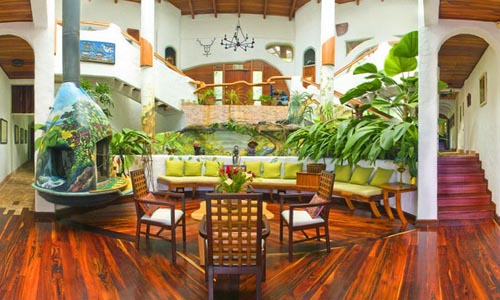 Eco-friendly, sustainable tourism experiences have been gaining in popularity. Women have been a key driving force being this movement and labeled by many as eco-preneurs.

Women are now bringing their influence by focusing on the world’s growing environmental issues of sustainability and ecotourism development.

We want to share the efforts of nine international eco-preneur women, who are pushing forward their collective power behind eco-friendly, sustainable tourism experiences.

Enjoy their devotion and compassion with conservation plus life’s little luxuries to offer new solutions in sustainable tourism and business experiences.

Teresa Jampol is co-founder and co-owner at Finca Rosa Blanca Coffee Plantation and Inn above the beautiful Central Valley of Costa Rica. She is often found harvesting organically grown produce from her gardens, when she isn’t sharing sustainability strategies with other hospitality operators or teaching guests about the local environment and culture. With husband Glenn,   Jampol went on to design and build Arenas del Mar Nature and Beach Resort, in Manuel Antonio, which opened in 2008 and is the first five star and five leaf resort in Costa Rica.

With a degree in genetics, and a background in music and media, successful London-based business woman Karen Emanuel found herself on an off-the-beaten-track vacation to Nicaragua five years ago.  She discovered Jicaro Island after seeing a notice posted in a restaurant proclaiming “Island for Sale”. In 2010 Emanuel opened Jicaro Island Ecolodge, built with minimum impact to the island and careful attention to water conservation, wastewater treatment and electricity usage.  Since opening, Jicaro Island Ecolodge has been on international “hot lists” introducing Nicaragua to eco-tourists world wide while helping to grow tourism within the region. 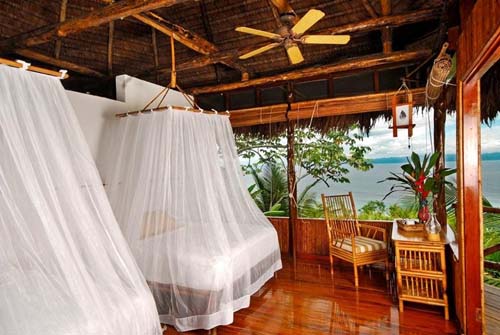 Twenty years ago Karen Lewis and her husband John liquidated their assets in Minnesota to finance the purchase and preservation of a large tract of lowland rainforest in Costa Rica and build a small, supporting ecotourism project. Their Lapa Rios Ecolodge sits upon the 930-acre Lapa Rios Reserve, overlooking a pristine point where the Golfo Dulce meets the wild Pacific Ocean. The reserve helps buffer neighbouring Corcovado National Park and serves as a wildlife corridor. Their efforts have been awarded Costa Rica’s highest certification in sustainable tourism (CST), and a conservation covenant through The Nature Conservancy and Centro de Derrecho Ambiental y de los Recursos Naturales (CEDARENA) – the Centre of Environmental Law and Natural Resources – ensures this first growth forest will be preserved in perpetuity.

Born and raised in Costa Rica, Andrea Bonilla spent most of her youth at her parents’ farm where she developed a strong relationship with the environment and local culture. Bonilla is now managing director at Cayuga in charge of the operation of hotels in Costa Rica and Nicaragua, and was instrumental in founding Earth Equilibrium Foundation, a non-profit that funds and creates educational and biodiversity conservation programs where Cayuga Hotels operate.

Conservation and sustainability have always been Megan Adams’ guiding goals. The Patagonia Sur dream began when she and husband Warren travelled to Chile, fell in love with Patagonia and began purchasing land with the idea of creating a new model around for-profit conservation.  Adams has inspired  a series of initiatives, including creating sanctuaries such as the Melimoyu Ecosystem Research Institute for Patagonia’s rare and endangered flora and fauna, sequestering carbon dioxide emissions through native-species reforestation, conserving local culture with historical restorations and visitor investment, placing 90 per cent of their land holdings into permanent conservation to protect wildlife corridors, natural vistas and ecologically sensitive areas, and hosting workshops to create and train a network of regional environmental educators and hosting eco-camps for local grade school children.

Wildland Adventures is a distinguished adventure travel company, founded in 1986 by Anne and husband Kurt Kutay on the principle that culturally and environmentally responsible travel can be a powerful force for change. A believer in the value of co-opetition, together with Kurt she also helped launch Trusted Adventures, a partnership of nine distinguished, award-winning, and independently operated companies united under a common mission to provide authentic, transformational travel experiences.

Born and raised in Victoria, BC, Maureen Gordon spent summers on the beaches of BC’s southern coast and inherited a love of nature from both of her grandfathers, one who owned a saltwater fish tank teeming with sea life, and the other who was an enthusiastic backyard birder. She brought her business and communications skills to Maple Leaf Adventures, a longtime practitioner of ecotourism, and a pioneer in travel in the Great Bear Rainforest and northwestern Vancouver Island.  Now a co-owner along with her husband Kevin, Gordon explores BC’s wild West Coast sharing her love of nature, conservation and this unique place with guests aboard the 100 year old Maple Leaf schooner.

Although Becky Eert only recently joined the team at Nimmo Bay Resort, she has been preparing for the experience her whole life. Spending summers growing up camping with family on Quesnel Lake, Eert fell in love with wilderness and water.  Together with her partner Fraser Murray, she is co-managing the eco-legacy launched over 30 years ago by Murray’s parents. Nimmo Bay Resort exists completely off the power grid and for nine months out of the year, runs on green hydro energy supplied by the onsite waterfall that also provides its guests and staff with clean drinking water.

Daniela Cubelic is a highly acclaimed tea master who received her training from Chinese and Taiwanese tea experts and herbalists. During her 20-year career in the tea industry, Cubelic has become one of North America’s foremost tea experts in a city famous for afternoon tea.  In 1992 she founded Silk Roads, a thriving retail and wholesale business in Victoria’s historic Chinatown that attracts visitors from around the world. Silk Road uses minimal, eco-friendly materials and packages for all its products. Clients are encouraged to reduce waste through discounts on product refills and the store wraps purchases in recycled paper, promoting the use of recyclable, re-usable gift bags and boxes instead of gift-wrap.