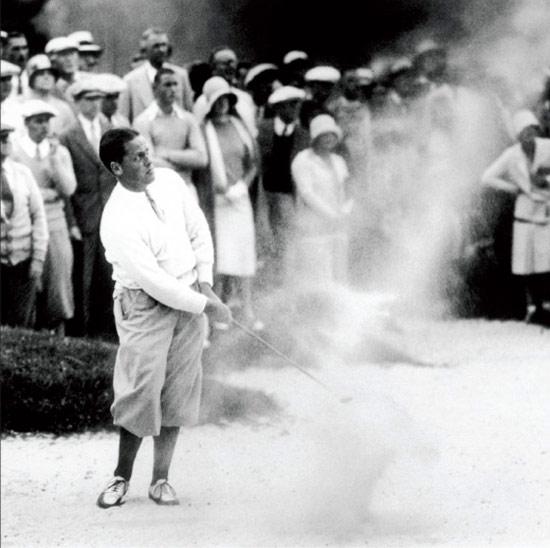 It’s time for another classic golf event – the U.S. Open Golf Tournament. The history of the U.S. Open goes back almost one hundred years.

Beginning in 1895 as almost an afterthought to the U.S. Amateur, the U.S. Open golf tournament is now one of golf’s four majors, and one of the most storied tournaments in the world.

The United States Golf Association holds the tournament, which is held on some of the top-rated and most well-respected golf courses around the country.

Both championships had been scheduled for September but were postponed because of a conflict with a more established Newport sports spectacle, the America’s Cup yacht races.

Ten professionals and one amateur started in the 36-hole competition, which was four trips around the Newport course in one day. The surprise winner was Horace Rawlins, 21, an English professional who was the assistant at the host course. Rawlins scored 91-82-173 with the gutta-percha ball. Prize money totalled $335, of which Rawlins won the $150 first prize. He also received a gold medal and custody of the Open Championship Cup for his club for one year.

In its first decade, the U.S. Open was conducted for amateurs and the largely British wave of immigrant golf professionals coming to the United States. As American players began to dominate the game, the U.S. Open evolved into an important world golf championship. Young John J. McDermott became the first native-born American winner in 1911 and repeated as champion in 1912.

In 1913, the U.S. Open really took off when Francis Ouimet, a 20-year-old American amateur, stunned the golf world by defeating famous English professionals, Harry Vardon and Ted Ray, in a playoff.

Another surge in the championship’s popularity coincided with the amazing career of Georgia amateur Bob Jones, who won the U.S. Open four times (1923, 1926, 1929, 1930). Spectator tickets were sold for the first time in 1922 and a boom in entries caused the USGA to introduce sectional qualifying in 1924.

In each era, the world’s greatest players have been identified by surviving the rigorous examination provided by the U.S. Open. Ben Hogan’s steely determination boosted him to four victories (1948, 1950, 1951, 1953). Arnold Palmer’s record comeback win in 1960, when he fired a final round of 65 to come from seven strokes off the lead, cemented his dashing image. Jack Nicklaus’ historic assault on the professional record book began when he won the first of his four U.S. Open Championships in 1962, his rookie season as a professional.

In 2002, a two-tee (Nos. 1 and 10) start was used for the first and second rounds. In addition, Bethpage State Park’s Black Course in Farmingdale, N.Y., was the first facility owned by the public to host a U.S. Open.

International qualifying sites were added in 2005 and the champion at Pinehurst Resort in N.C. was Michael Campbell, who qualified in England.